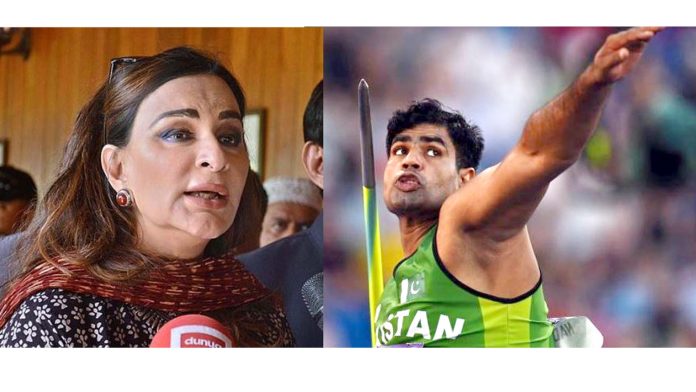 The minister took to twitter to appreciate the athlete for making the nation proud with his remarkable performance.

Sherry wrote, “Congratulations to all star Arshad Nadeem for bagging gold at the Commonwealth Games, the first Javelin gold for Pakistan since 1954! So proud.”

“Arshad Nadeem is pride of the nation and our national Hero”, the COAS said in his message shared by the Inter Services Public Relations (ISPR) Director General Major General Babar Iftikhar on Twitter.

In a separate tweet, the ISPR DG said Pakistan Armed Forces congratulate Arshad Nadeem for an outstanding performance in the Commonwealth Games and winning gold medal for Pakistan in Javelin throw.

During the first round of the javelin throw final, Nadeem created a record through an 86.81-meter (m) throw.

However, in the fifth attempt, the Olympian set a new Commonwealth Games record of 90.18m throw and became the first Pakistani to hold the record.