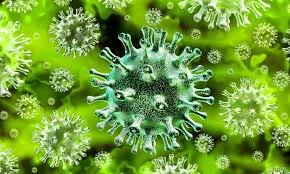 ISLAMABAD : Sixteen more people died of coronavirus in the country over the past 24 hours, taking the overall death toll from the disease to 6,654.

According to the National Command and Operation Centre (NCOC), 567 fresh infections surfaced when 32,062 samples were tested during this period, lifting the national tally of cases to 323,019.

Around 307,069 people have recovered from the disease so far across Pakistan with addition of 429 recoveries recorded over the previous 24 hours. The number of active coronavirus cases in the country stands at 9,296 from which 534 patients are said to be in critical condition.A total of 4,074,024 tests have been conducted so far.

The number of coronavirus cases across the world has surpassed thirty-nine point five million while pandemic has claimed more than one-point one million lives so far.

The United States is worst hit country with over eight point two million infection cases and nearly 223,600 deaths followed by India with over seven point four million cases and over 113,000 deaths.