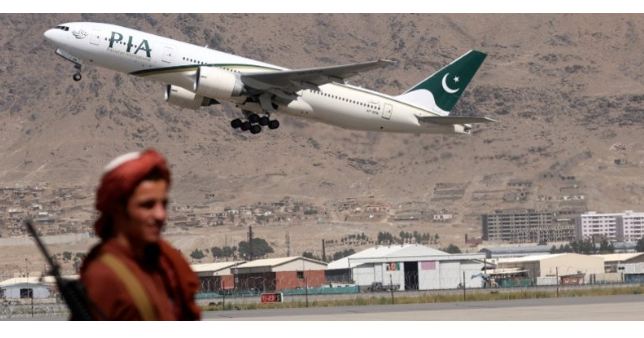 KABUL: The Taliban has asked the government of neighbouring Pakistan to allow the resumption of commercial flights by two Afghan airlines following repairs being made to Kabul airport from the damage sustained during last month’s mass evacuations.

The Afghan Civil Aviation Authority (ACAA) wrote a letter to their Pakistani counterparts this week for permission to resume flights by Ariana Afghan Airlines and Kam Air, an official told dpa.

Parts of the airport were damaged when suicide bombers from the militant Islamic State group carried out a deadly attack targeting those fleeing Taliban rule and the US troops helping them.

The letter from the ACAA confirmed that the airport has been repaired with technical and financial assistance from Qatar, the Gulf state that hosted the Taliban’s political office for years.

This week a Pakistan International Airlines (PIA) chartered flight from Islamabad to Kabul became one of the first passenger planes to reach the city since the Taliban takeover in mid-August.

PIA, Kam and Ariana all regularly flew between Kabul and Islamabad before the Taliban takeover.

It was not immediately clear if Islamabad, which has not yet recognized the Taliban as Afghanistan’s government, would allow regular commercial flights to resume.