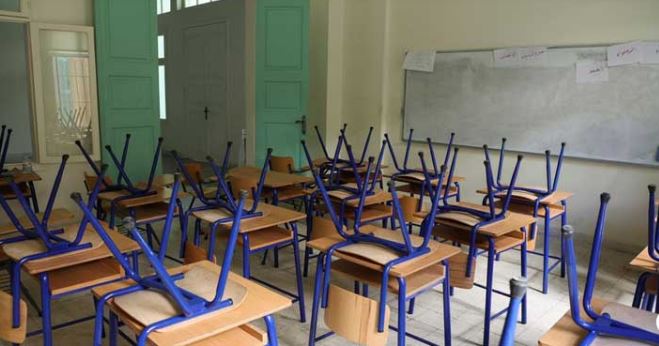 DEIR QUBEL, SEP 27: School teacher Claude Koteich, her teenager daughter and 10-year-old son should have all been back in class weeks ago – but a crisis in Lebanon’s education sector has left them lounging at home on a Monday afternoon.

Lebanon’s three-year financial meltdown has severely devalued the country’s pound and drained state coffers, pushing 80% of the population into poverty and gutting public services including water and electricity.

It has also left public schools shuttered so far this academic year, with teachers waging an open-ended strike over their severely devalued salaries and administrations worried they won’t be able to secure fuel to keep the lights and heating on during the winter.

Koteich, 44, has taught French literature at Lebanese public schools for exactly half her lifetime.

“We used to get a salary high enough that I could afford to put my kids in private school,” she told in her living room in the mountain town of Deir Qubel, overlooking the Lebanese capital.

But since 2019, Lebanon’s pound has lost more than 95% of its value as other costs skyrocket following the government’s lifting of fuel subsidies and global price jumps.

From a monthly salary that was once about $3,000, Koteich now earns the equivalent of $100 – forcing her to make a tough choice last summer over whether to put her children back in costly private schools or transfer them to a public education system paralysed by the pay dispute.

“I was stuck between yes and no – waiting for our salaries to change, or if the education minister wanted to fulfill our demands,” Koteich said.

By September, there had been little progress on securing higher salaries given Lebanon’s depleted state coffers. At the same time, her children’s private school was asking for tuition to be paid mostly in cash dollars to guarantee they could afford to pay for expensive fuel and other imported needs.

That would amount to a yearly fee of $500 per student, plus 15 million Lebanese pounds, or about $400.
“I found the number was very high and out of this world for me,” she said.

So as their former classmates don their private school uniforms, Koteich and her two children still have no clear idea when they will return to class.

Lebanon’s education system has long been heavily reliant on private schools, which hosted almost 60% of the country’s 1.25 million students, according to the Ministry of Higher Education.

However, the strain on households from Lebanon’s financial collapse has forced a shift: around 55,000 students transitioned from private to public schools in the 2020-2021 school year alone, the World Bank has said.

But public education has been historically underfunded, with the government earmarking less than 2% of GDP to education in 2020, according to the World Bank – one of the lowest rates in the Middle East and North Africa.

And the combined stresses of recent years – from an influx of Syrian refugees starting in 2011 to the COVID-19 pandemic and the port blast which damaged Beirut – has beleaguered schools.

“My students’ worries are beyond educational – they started to think about how they can make a living. This age is supposed to be thinking of their homework,” Koteich said.

The head of the United Nations’ children agency UNICEF in Lebanon told that about one third of children in Lebanon – including Syrian children – are not attending school.
“We have worrying numbers of an increase in children being employed in Lebanon, and girls getting into early child marriage,” said Edouard Beigbeder.

A UNICEF study this year found that 38% of households had reduced their education expenses compared with just 26% in April 2021. This trend makes a return to class ever more important.

Some hope schools will re-open in October, although there has been no such indication from the government.

“There’s a kind of race against the clock to ensure the first week of October, we will have the right kind of opening,” Beigbeder said.