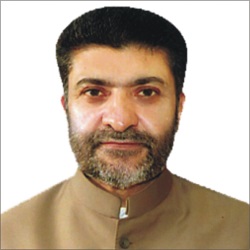 Smooth implementation of almost all Regional Integration Arrangements (RIAs) and connectivity plans of ECO, SCO, BRI, CAREC and CPEC, directly depends on the stability of Afghanistan. The three Central Asian Republics bordering Afghanistan have concrete plans in coordination with Pakistan to develop Pipelines, Railways and Electricity transportation and other communications links via Afghanistan. These plans will restore Afghanistan to its historical role as a transit hub between Central and South Asia and beyond.

Stability in Afghanistan will materialize the Pakistan-Afghanistan-Central Asia Corridor supplementing CPEC for generating immense socio-economic development for the entire region. The Tashkent International Conference entitled “Central and South Asia: Regional Connectivity. Challenges and Opportunities” on July 15 2021 has been an excellent effort for regional integration on the part of the dynamic leadership of Uzbekistan. The President of Uzbekistan, the Prime Minister of Pakistan, the Foreign Policy chief of European Union and the President of Afghanistan addressed the inaugural session attended by Foreign Ministers, experts and heads of economic, political, research and educational institutions of more than 25 countries.

Getting together hundreds of participants for exchange of views and contact details laid the foundation for enhanced regional and inter-regional connectivity through people to people contacts. Uzbekistan’s initiative for Termiz-Kabul-Peshawar Railway line will be a milestone for developing Termiz-Peshawar Corridor. This Termiz-Kabul-Peshawar corridor in turn will serve as a backbone for Central and South Asian connectivity. Indeed it has been the Major Powers’ desire to have control over Afghanistan in order to have control over Central and South Asian integration process. This desire has generated Major Powers’ conflicting interference in Afghanistan historically; at least for the last four decades.

In this regard control over Afghanistan was denied to Soviets by USA and other rivals while in post 9/11 same has been denied to USA. However the global and regional geo-political configuration has changed a lot in terms of regional countries’ political and economic consolidation. The present scenario of Afghanistan and ongoing peace process demand immediate international as well as regional attention as the situation is worsening day by day.

The Britain have been relocating Afghans who have served and assisted British during the last two decades fearing instability, Australia has hinted on the closure of its mission in Kabul due to uncertainty while America continues its phase wise withdrawal. The present and future of Afghanistan has been analyzed from three dimensions. (i) Local/ Afghan National (ii) Regional and (iii) Global.

Afghanistan has been at war with itself due to internal ethnic, tribal, sectarian, ideological and regional divisions. The internal divisions have always exposed Afghanistan to external conflicting geo-politics. Decades of wars have devastated the state structure, institutions resulting in lack of rule of law. Currently the two main groups or forces in Afghanistan the incumbent Kabul Regime and Afghan Taliban are in conflict and negotiations simultaneously. The incumbent government desires to maintain the status quo and prolong their rule. The Afghan Taliban striving to topple the government and takeover Kabul. If the two groups could not reach a consensus on power sharing the current instability in Afghanistan may engulf the entire region and resultantly stalled regional connectivity. In addition, different Afghan groups will find support from different corners of the regions on ethnic and political basis giving birth to regional suspicions and lack of regional cooperation.

If Afghan Taliban mainstreamed through a negotiated settlement it will have positive impact on lasting peace in Afghanistan. However, if Taliban takeovers Kabul through fighting, it will have impact on the future Behaviour of Afghan Taliban also. Therefore, it is imperative that both the groups pressurized by International and regional powers/states to work towards the success of peace process by making compromises.

There is a realization in the region that without peace in Afghanistan the economic rise of the region and regional integration plans will remain a dream. The neighbours of Afghanistan seem decided to encourage various Afghan groups towards sustainable peace to expedite the process of regional connectivity for a win-win situation. One has to acknowledge that the regional politics have been absorbed by politics at the global level due to the major power direct intervention in regional security complex. It has put limitations on the regional states to effectively intervene in the peace process and play a decisive role. USA is party to the deal, its financial aid and assistance can work either way i.e. to encourage and push the incumbent government to continue resistance while can also link aid to culminate the peace process into a logical conclusion through compromises. Currently it seems that Kabul Regime has been encouraged to continue resistance. Similarly the regional support of Islamabad, Beijing, Tashkent, Tehran and Moscow can pressurize Taliban to make compromises and reach a consensus on power sharing.

There seems divergent and competing interests of major powers in Afghanistan which need to be harmonized for a win-win situation. USA has declared China and Russia as strategic competitors. USA desires and plan to counter China’s rise by impeding BRI and 5 aggravating situation in Xingjian. It makes the regional situation complicated and lack of cooperation on Afghanistan. However USA cannot blame any other country for its unnecessary prolonged war in Afghanistan. It has spent trillions of dollars but cannot blame others for this misadventure. For USA there are dozens of ways to engage the region positively by contributing to regional integration through its New Silk Road plan.

This will have dividends for US companies by investing in various regional integration arrangements. USA has to realize that by physically stationing in Afghanistan, it could not stabilize the country, how it can do it by having military bases in the region outside Afghanistan? Further the Moscow Format, Istanbul Process, the Quadrilateral Cooperation Group, SCO Contact Group on Afghanistan need to support and coordinate their efforts with Doha Peace Process to make long lasting peace a reality.

Historically Pakistan did recognize whichever government came to Kabul. Pakistan has been advocating a negotiated political settlement and inclusive setup in Afghanistan since long. Pakistan has welcomed every effort for peace and stability in Afghanistan and played its positive role in each endeavor ranging from Quadrilateral Cooperation Group, Moscow Format, Kabul Process I and II, SCO Contact Group, International Contact Group on Afghanistan, Six Party talks, Regional Economic Cooperation Conference on Afghanistan and last but not the least in the Doha process. Pakistan played role in bringing various parties to the table under the Doha process. However it must be realized that Pakistan has limitations, Pakistan cannot negotiate for Afghans and it is up to the Afghans to reach a consensus on power sharing and chose the future setup for their country. It must also be realized that bringing peace and stability to Afghanistan is a 6 shared responsibility and beyond the capacity of a single state or two. Pakistan has been in contact with all the regional states on the issue of Afghanistan. Pakistan realizes that the immediate neighbors of Afghanistan are the real stakeholders in the peace of Afghanistan and aims to contribute to the socio-economic development of Afghanistan by making it a transit hub between Central Asia, Pakistan and beyond by developing transport and communication links. Conclusion:

The future of regional connectivity and socio-economic rise is closely linked to the peace and stability of Afghanistan while the future stability of Afghanistan is closely linked to the ongoing peace process. The Central and South Asian integration via Afghanistan will enable the regional countries to capitalize on and maximally benefit from their comparative advantages. This integration will also generate immense revenue for Afghanistan to reduce its dependence on foreign aid. The extra-regional powers have interests in Afghanistan but the neighbours of Afghanistan have stakes involved. There must be a coordinated approach at the regional as well as global level to make grounds for Afghan national reconciliation towards unity and peace. Pakistan’s path to regional integration passes through Afghanistan and therefore Pakistan fully supports the ongoing peace process towards a logical conclusion. The failure of peace process will be tantamount to the failure of the entire region.