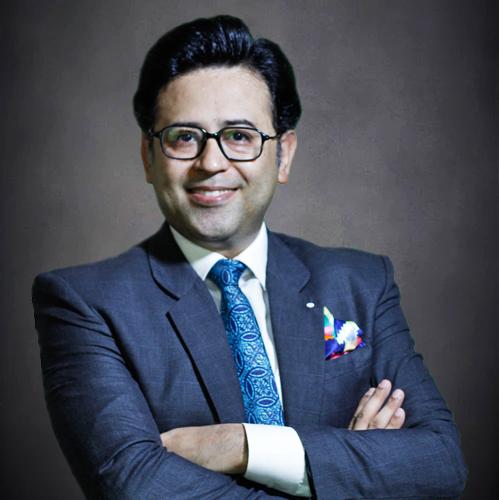 When reporting to the Roman Senate on his extremely successful military campaign against Pharnaces II, king of Pontus in 47 BC, Julius Caesar summed up the campaign by stating veni, vidi, vici, which translates as, I came, I saw, I conquered. In a same fashion the Caesarish captain, Prime Minister Imran Khan: he appeared, he spoke and he conquered our hearts by his speech in 75th session of the UN general assembly (UNGA 75). The content of speech was not only of global importance but the sequence of issues was meticulously selected: suitable selection is a must in certain catastrophic conditions.

The renowned intellectual Noam Chomsky contends that western neoliberalism has a dark side that impoverishes poor and developingcountries. Elite in these counties welcome the western neoliberal agenda even though the poor of their country suffers the most from the implementation of neoliberal economic policy, but a tiny community of money-grubbers is always found persistent to follow western agenda because such an agenda works for them: thoughin fact they are just puppets and not amajor player in the game. PM Imran Khan has rightly pointed out once again the need to establish a stronger legislation and then enforcement systems by the western world to discourage reception of plundered money. In the pages of history: not long ago, colonialism looted the treasure forcefully from native cultures and now the same western propellers cultivated the local burglars who rob taxpayers money, transfer to western banks, then buy property and run businesses for western economy.Rightly mentioned by Mr. Khan “because they are the beneficiaries, there is a lack of political will in the rich countries to curb this criminal activity”.Do these countries still have any moral grounds to draw and implement FATF policies and rules?

Money laundering is the illegal process of concealing the origins of money obtained illegally by passing it through a complex sequence of banking transfers or commercial transactions. The overall scheme of this process returns the “clean” money to the launderer in an obscure and indirect way.The United Nations Office on Drugs and Crime (UNODC) estimates800bn to 2tn US$ amount of money laundered globally in one year: from poor to rich countries and never transfers back to poor countries rather injects into economic cycle of the western rich countries. The US NGO Global Financial Integrity reports that financial flow from poor countries to rich countries between 2001 to 2010 reached US$ 5.8tn. Repatriation of stolen assets to their country of origin can provide developing countries with additional resources, offering a powerful deterrent as well as justice for the societies whose funds are repatriated. Organization for Economic Co-operation and Development (OECD) in her reports admits that the progressin OECD countries in repatriation has been slow. Why is that so? Are western rich developed humanitarian democracies are not willing to pay back what is not theirs?

In a battleship “the cruiser” two political leaders Roosevelt and Churchill drew up the Atlantic Charter.  The charter speaks of fundamental aims of present UNO: to maintain international peace and security; to encourage international cooperation in the spheres of social, economic and cultural developments; to develop friendly relations among nations on principles of equal rights and self- determination; to recognize the fundamental rights of all people. In last 75 years the United Nations apparently kept trying fulfilling the objectives but such fabulous objectives been eroded systematically and now is time for us to reflect whether the United Nations have been able to realize the promise that was collectively made to the people of the world. Prior to UNO, the League of Nations was the first intergovernmental organization that was established after World War 1 in order to try and maintain peace.Unfortunately, the League failed miserably in its intended goal to prevent another world war from happening ratherWW2 broke out only two decades later. The idea was for the League of Nations to prevent wars through disarmament, collective security, and negotiation.Among several integral reasons that finally led to her demise,one was, when countries started to attack others in order to try and expand, the League did not have any power to stop them because there was no regulation or enforcement mechanism. Though UN remedied this flaw by having more institutional strength, but did UN learn to stay impartial as the league was partial to an extent that shedid not allow Germany and USSR to become its member. Has UN ever tried or will ever be able to force western countries to upgrade financial systems and improve legislations in pursuance of returning looted money back to the people it really belongs to and help poor countries to penalize such robbers? As sun shines to all without partiality, so is the role of UN. Partiality is an acid that corrodes the beneficent as well as beneficiary.

The phenomenon of money laundering from the receiving end is unaddressed It will continue to intensify the inequality between the rich and the poor nations, and ultimatelywill spark off a far bigger global crisis than the present migration issue poses. The rich states cannot hold forth on human rights and justice when they provide sanctuary to money launderers’ and their looted wealth. The call by Caesarish captain, Prime Minister Imran Khan  to 75th session of UNGeneral Assembly to take the lead in efforts to build a global framework to stem the illicit financial flows and ensure speedy repatriation of stolen wealth is,a litmus test for all rich and developed member countries of UNO.