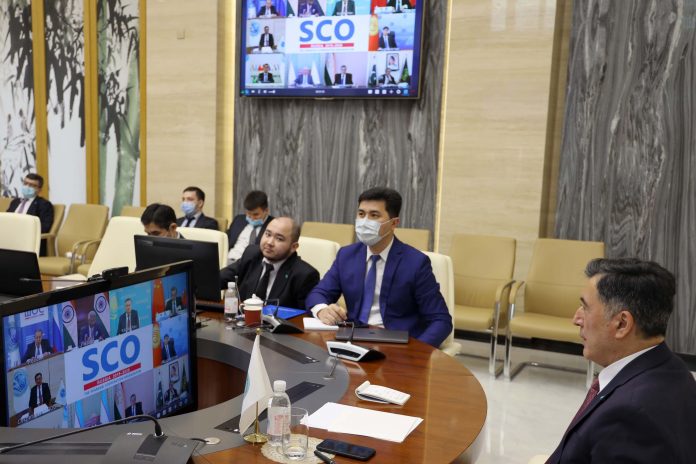 The fight against the pandemic requires concerted multilateral efforts: SCO

The SCO countries have demonstrated a high level of solidarity in the fight against the pandemic, said Secretary-General of SCO

Beijing, May 13. The member states of the Shanghai Cooperation Organization (SCO) have demonstrated solidarity and mutual support in the fight against the coronavirus pandemic, said the SCO Secretary-General Vladimir Norov on Wednesday.

In his opening remarks, at the video-conferencing of the SCO Council of Foreign Ministers, V.Norov expressed his gratitude to the Russian Federation on the initiative to convene the meeting, in its capacity as current chair of the SCO.

“The SCO member states, guided by the principles of the ‘Shanghai Spirit’, have shown a high level of solidarity and mutual support in combating the Coronavirus epidemic”, said Norov.Considering China’s experience, the Secretary-Generalfurther added that the Chinese side received timely information about the impending threat and took appropriate preventive measures accordingly.

V. Norov noted the importance of increasing the efficiency of the organization’s mechanisms for rapid response to new outbreaks of infectious diseases, as well as the need for SCO’s effective interactionthe World Health Organization (WHO) and other relevant international institutions.

Referring to a draft regulation “on the Coordinating Council for Joint Counteraction to Epidemic Threats”, developed by the SCO Secretariat, would help develop and implement comprehensive early measures to prevent and reduce the negative impact of epidemic diseases, added the Secretary-General.

Besides the issues of overcoming social and economic impacts of the pandemic, the SCO Secretary-General called for strengthening cooperation in the field of food security, and proposed development of an Action Plan in this regard.

Stressing the importance of wide application of digital technologies in public administration and business leading business enterprises;he expressed concern over the growing cyber security challenges related to Internet fraud and hacker attacks on government and financial institutions and proposed measures to be incorporated in the “Action Plan for Implementation of the SCO Concept of Cooperation in Digitalization and ICT”.

Since the epidemic has suspended many SCO mechanisms involved in the process of harmonizing documents for consideration by SCO leaders,the Secretary-General proposed further enhancing the role of the mechanism of permanent representatives of the SCO Member States to the SCO Secretariat.

Regardless of the pandemic, the member countries of SCO continued to provide comprehensive assistance for a peaceful settlement in Afghanistan, he noted the growing importance of the organization in promoting the solution of the Afghan problem within the SCO-Afghanistan Contact Group mechanism.