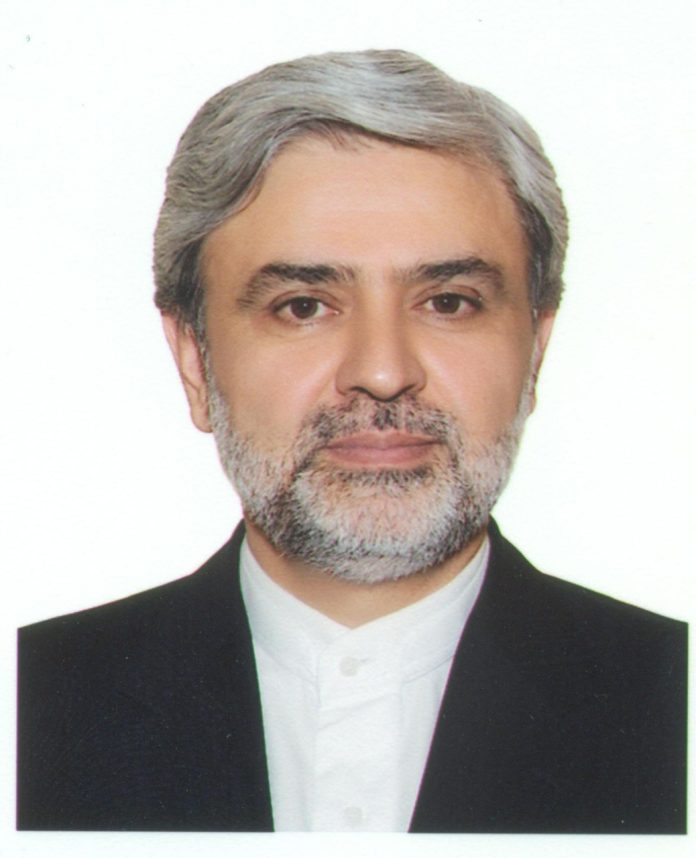 Three years ago, at the dawn of the JJanuary 3rd General Lieutenant Qasem Soleimani, the commander of the Quds Force of the Islamic Revolutionary Guard Corps, along with his companion Abu Mahdi al-Muhandis and several of their retinues, were targeted by a US drone strike at the Bagdad airport. Shortly after the attack, the then president of the US, Donald Trump blatantly confessed to be involved in this terrorist action and to acknowledge ordering and commanding the assault. That night Gen. Soleimani was supposed to call on some Iraqi officials and to talk about the ongoing events in the region. Therefore, the delegation traveled to Iraq based on an official invitation to call on Iraq prime minister.

The assassination of Gen. Soleimani, except being a state terrorism against a high-ranking official military staff of the military forces of an independent country, was an obvious breach of international law and an act of aggression. Also, this was a hazardous maneuver that could negatively affect peace and security in whole of the region by eliminating a successful commander in fight against terrorism as well as by other consequences driven from the terrorist attack. In another point of view, the terrorist action was tantamount to breach of Iraqi sovereignty and an act of aggression against two members of the UN. This year is the third anniversary of the assassination of this valiant hero. It was just three years ago that Gen. Soleimani formally declared the termination of ISIS, and his dream came true when, at the time this terrorist group was totally enervated and at the edge of undermining.

The bravery that Soleimani showed in the fight against extremism and terrorism catalyzed the annihilation of the ISIS in the region and brought peace and security not only to the already war-stricken geography of the Middle East, but also for the whole countries throughout the world including US and Europe. Soleimani reacted to the crisis of ISIS in the circumstances where the whole region had already been swept away by this atrocious terrorist group of ISIS as a result of which some countries were close to collapse. Many believe that if Soleimani had not mobilized an initiative against extremism and terrorism, the map of the region was not the way it’s today. He undertook commanding counter-terrorist operations at a time when ISIS declared the Islamic Caliphate and committed the most hideous and unprecedented crimes in the human history against civilians and armies.

Here comes up a contradictory situation where, in different situations, the provenance of ISIS and some other terrorist groups is revealed to be an American tactics. Trump’s confessions, among others, in the electoral campaigns, regarding the origin of ISIS is an evident example. Soleimani was a well-known hero against terrorism who spent his whole life combating terrorism and aggression. So what is the case? Trump: we created the ISIS. Aftermath, he same Trump said I personally ordered the attack to Gen. Soleimani. The answer could be found in the double standard politicization adopted by America. The assassination of Gen Soleimani was an obvious breach of international law, human right, and morality that can no doubt bring about the international responsibility of the perpetrators.

Many jurists, diplomats, politicians and the experts of the international law daresay that the illegal assassination of a high-ranking military staff of a country is a threat to the peace and security of the whole region and the world. Because with the absence of the prudent commanders who have long experiences in fighting against terrorism, there still remains anxiety about the resurgence of the extremist groups like ISIS (Daesh) in the region. Moreover, the terrorist strike against him is an obvious violation of international law, human rights as well as an act of aggression against the sovereignty of another country. The act is regarded as one of the evident examples of state terrorism committed by a country against another and being accepted formally by high-ranking officials of the country and via the confession of the perpetrator himself in front of the cameras.

Three years had passed and now many speak about the “Soleimani School of Thought”, he was a popular commander at the time, and is a legend and a personality beyond history right now. His supporters regard his assassination as the climax of his story and an inevitable end and goal to his devoted life. They say that his martyrdom is more destructive to those against whom he fought and more inspiring to those who loved him than his alive. being a philanthropist and a social and civil activist specially regarding the development plans and aiding the poverty, flood and quake stricken people in different regions, he was truly favored by many even his critics. The spontaneous overflow of people in the funeral ceremonies is a proof to the claim. He was committed to work for the human dignity and for the betterment and welfare of the people regardless of race, religion, nationality and their life style. In a video getting viral in the social media, he strictly addresses those who encounter different lifestyles regarding women coverage, arguing that they are our sisters and daughters and our human resources.

Three years ago, he was brutally and unmanly assassinated in another country. Time and history are the best teacher and the fairest witnesses of the human mind court. Iranian officials promised that the crime will not be left unanswered, and the committers, supporters and assistants of this inhumane crime would be held accountable in a fair court of justice. However, the hideous terrorist act by the then US president was largely condemned by many including politicians, jurists, academicians and public opinion. Iran has declared to use its political, legal and international capacities in order to take action against the suspects and to prosecute the perpetrators of the crime in a fair court.

During the last decades, hostility, terror and killing of the civilians have been the common pain of the two great nations of Iran and Pakistan. The two countries have suffered from this blight and many families have lost their loved ones. Thus, no nation like Iran and Pakistan understands the plague of terrorism. The people of these two Muslim nations feel the anxiety and the concern of terrorism, and a lot of pure blood of the youth of the nations has shed on this path. So far, many a martyrs in the two brotherly countries of Iran and Pakistan have devoted their lifetime and sacrificed their lives for the sacred cause of peace and security.

In the ongoing threatening situation that we see, and with the disastrous prospective that looms large in the region, the Islamic World should take action with a convergent pattern and by putting aside its misunderstandings and misconceptions, mostly guttered by the foreigners, take to maintain the indigenous peace and security emanated from the region itself, before late.

The writer is the ambassador of the I. R Iran to Pakistan