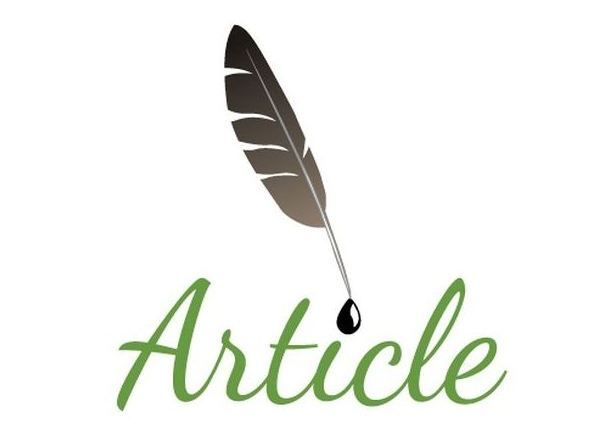 With the delivery of five contracted S-400 High-to-Medium Air Defence (HIMAD)batteriesthat started in December2021 and are likely to close by end of 2023, the fragile balance of power with Pakistan has been stirred but notshaken. The fact that this system has been procured by notable nations including China,which is a titan herself in missile technology,brings repute and credibility to the systemandbolsters the confidence of the party acquiring it.Two features distinguish the S-400 from other SAMs; first, its anti-ballistic missile capability and second,therelatively long range that extends well into enemy territory.It will thus not only strengthen the Indian Air Defencebutalso provide some assistance toIndianfighter aircraft in gainingsome degree of air control. Control of air remains fundamental for executing air strategy and the side that loses control of air even partially will also face stress in executing land and naval strategies.

The S-400 reportedly carries four types of missiles with ranges of 400, 250, 120, and 40 kilometres.The two key components of any missile system are itsradar and the missiles, and both have certain operational limitations. Without going deep into technical aspects of these limitations, one should understand that a fighter aircraft flying 250 feet above ground level can evade radar detection, and hence the missile launch,till about 50-70 kilometres. Similarly, the missile effectiverange is highly dependent on the target heading vis-à-vis the missile approach direction. For example,if the angle between the missile path and target’s track is 90 degrees or higher, the missile effectiverange will drastically reduce tomaybe less than 50 percentof the claimed range. Therefore,it can be said with high certainty thatthe expensive 400-kilometre rangemissile of the S-400 is unlikely to be fired at fighter aircraft, which are more likely to be engaged by the medium or short-range missiles of the S-400. This however does not rule out the deterrence value of this system on the forward posturing of PAF fighter aircraft. Also, the employment of long-range missilesis more suited to be employedagainst less agile large-body AWACS (Airborne Warning and Control Systems) or air-to-air refuelers and also in an anti-ballistic missile role.The S-400’s intercept range against ballistic missiles is also not substantial,and is reportedly not more than 50-60 kilometres.

The other challenge faced bythe HIMAD system is the selection of its deployment site. A system as heavy and large as the S-400 compromises onmobility and requiresspecially prepared sites. India is likely to deploy maximumbatteries against Pakistanwith an oddone against China. India may also prefer to provide missile defence shields over one or two major cities like Delhi and Mumbai. Incidentally, the Indian historic military flash points have been in Kashmir and Ladakh and both these mountainous regions present a lot of operational challenges for the deployment of a HIMAD system; its best performance is achieved in plain areas. The most substantial challenge arises from the screening effect of the terrain or in simpler words, the availability of a clear line of sight, which restricts target detection ranges. Additionally, mountainous terrain presents a lot of clutter — unwanted radar returns from nearby physical objects such as mountains, buildings, etc — and if anti-clutter features are used then target detection gets compromised further. Therefore,the S-400’s deployment in the mountainous region of Kashmir and Ladakh will not come without degraded operational efficacy of the system. In all scenarios, the system is less likely to be deployed closer than 150-200 kilometres from the border for safety against enemy stand-off weapons.

Due to the enhanced ranges of Surface-to-Air missiles like the S-400, it has become an operational necessity forfriendly aircraft and missiles to operate concurrently in ‘Joint Engagement Zones’ (JEZ). Therefore, an extreme level of real-time coordinationwill be required between various agencies to find a ‘Clear Avenue of Fire’ for the missile shot in a highly fluid situation when your friendly aircraft are also in the vicinity.Given that the Indians lack a true networked Air Defence architecture, S-400 employment will present significant command and coordination challenges. The shooting of an Indian helicopter by a friendly missile on 27 February 2019 is a case in point.

As regards the employment of the HIMAD system, it is an established fact that anti-Pakistan rhetoric and limited-scale aggression have become strategic choicesfor the Indian political parties to win elections. The inductionof the S-400 and especially its anti-ballistic missile feature may give Indian extremist leadership a false sense of ascendency against Pakistan leading to a strategic miscalculation. This miscalculation can be catastrophic since both countries are nuclear; any imbalance in the conventional domain will logically lower the nuclear threshold.Also, it is quite logical to assume that in event of a conflict, the S-400’s anti-ballisticmissile capability may force the other side to employ multipleweapons on a single target. Thiscalculated yet exaggerated response may then have implications on the escalation ladder.

Pakistan has always timely responded toIndian military inductions and evolving threats.It has already inducted a credible HQ-9 HIMAD system from China with ballistic missile interception capability. Given the military hierarchy’s short and effective decision-making loop, Pakistan must have chalked out the plan and may already have acquired systems/weapons to counter the Indian S-400.Given the direct challenges posed by the S-400 to PAF operations, it would surely be a target of the highest priority for the PAF — which remains best suited to neutralize this threat due to its reach, speed, surveillance and reconnaissance capability, jammers, and variety of stand-off payloads. The area that meritsfocus for Pakistan against the S-400 is the development or acquisitionof hypersonic missiles to beat the S-400 in speed. Employment of Multiple Independently Targetable Re-entry Vehicles (MIRV) will also be useful in challenging the multiple intercept capability ofthe S-400. Employment of long-range,high-speed, terrain-hugging cruise andanti-radiation missiles, supported by effective radar/radio/data link jammingand decoys, can be a very effective way to destroy the command vehicle or guidance radar of the S-400,and render the entire system non-functional. Solutions arising in the rapidly developing domains of Cybertechnology and Artificial Intelligence may also play a role in neutralising the impact of such systems.

The history ofwarstestifies that the efficacy of any SAM system is ultimately neutralisedthrough a superior strategy. A systemthat has a large footprint easily gives away its location and ultimately succumbs to the firepower of modern fighter aircraft like the JF-17,the J-10, or the F-16.So shall be the fate of the Indian S-400.

Air Vice Marshal MZ Faisal (Retd) is Director Warfare and Aerospace at the Centre for Aerospace and Security Studies (CASS), Lahore, Pakistan. He can be reached at casslahore@gmail.com