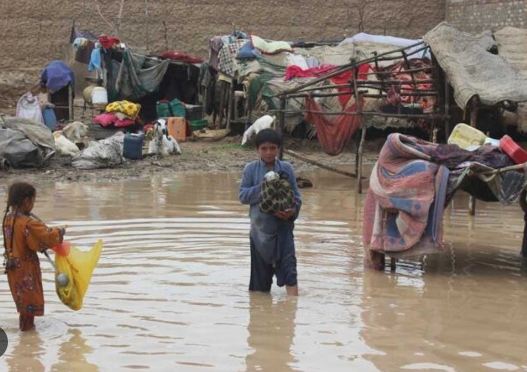 ·      More than 17,000 households in Pakistan have already been helped with clean water and healthcare

·       The UK’s Disasters Emergency Committee (DEC) launched a Pakistan Appeal last September, which has had an amazing response from the British people with over £40 million raised, including £5m of UK Aid Match funding. This money will fund leading UK aid charities which are providing emergency relief on the ground

ISLAMABAD, JAN 9 /DNA/ – The UK and its international partners will today (Monday 9 January) join forces to support Pakistan rebuild and recover from the unprecedented floods last summer that affected tens of thousands of people.

Pakistan and the UN are jointly hosting a conference in Geneva to help raise support for the country’s recovery and reconstruction.

Last year, Pakistan was on the front line of the impact of climate change when catastrophic flooding swept away homes and livelihoods, leaving 20 million in need of humanitarian assistance.

It is estimated the country will need around $16 billion for the next three to five years to rebuild the devastation.

The UK, one of the first countries to respond to the disaster, is today allocating over £9 million from its Pakistan budget to help tackle the impact of the flooding, bringing the total it has now committed to the humanitarian response to £36 million.

This new allocation will help provide those most in need with essential services, and will also support the Government to plan for a climate resilient future. Support from the UK is providing water, sanitation, and hygiene to help prevent waterborne diseases, as well as nutrition to tackle malnutrition, cash support, shelter and protection services for women and girls.

This funding is in addition to support the UK has already pledged for climate resilience and adaptation in Pakistan.

Andrew Mitchell is expected to say:

“I visited Pakistan following the 2010 floods and saw the devastating impact on some of the world’s most vulnerable people. We stood by Pakistan then, as we do now.”

He will also say

“Looking to the future, it is crucial to build defences against weather-related disasters, as our changing climate puts us more and more at risk. This is why the UK will help Pakistan to adapt and mitigate the effects of climate change.”