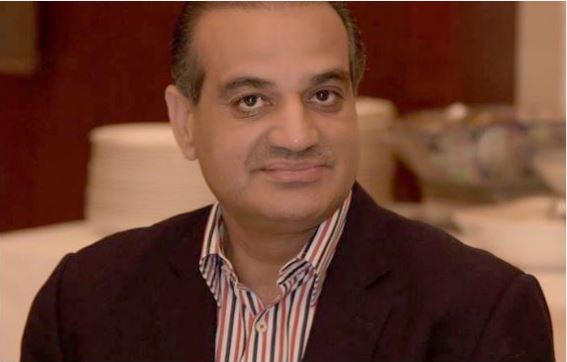 Devastating floods and human misery that emanated from the floods have badly exposed the governance system in all the provinces and even in the federal capital. Over 1,000 people have so far been killed by the deadly floods while tens of thousands have already been rendered homeless. Loss of livestock that runs into millions of rupees is yet another ordeal that the hapless victims had to face. Many of them died simply because no one came to their rescue. While the natural calamity continues multiply misers of the victims the rulers are seen only visiting the affected areas for merely photo session purposes. When it comes to point scoring, the entire political elite seems to be on the same page. Regrettably it invariably happens in Pakistan that whenever the country is hit by a calamity the leaders then start doing politics. An endless game of accusations kick starts with those in power start enjoying Heli rides with a view to ‘assessing’ the damages. Some of them also show ‘immense generosity’ by dropping down a few packs of food for the ill-fated people. In the past two decades Pakistan has witnessed three major floods; one in early 90s, second around 2010 and third one now. Unfortunately, on all these occasions the leaders acted in the same fashion i.e they extended only lip service and nothing practically.

Figures show mostly the backward areas of Balochistan, Sindh, South Punjab and KP have been hit-hard by floods and rains simply because people there are leading a miserable life. Poverty is at its best in these areas. These areas are mostly governed by Sardars, chieftains; feudals; Maliks who would never want these areas to prosper and develop. So we can say without any doubt that these areas have been kept backward deliberately by these worldly gods. In some areas humans are forced to lead a life worse than animals. And ironically it is still happening in the Islamic Republic of Pakistan or in the ‘State of Madina’. When such calamities befall on us, everybody including the so-called civil society wake up. Rescue camps are established; fundraising campaigns are launched and social media networks are activated. The governments try to turn such calamities into an opportunity for themselves and start extending the begging bowls both at home and abroad for some charity. The prime minister convened a meeting of the diplomats last week and asked them for help. But perhaps the international community is well aware of Pakistan’s past when it comes to dealing with such situations therefore all such pleas hitherto have received a lackluster response.

A sitting Senator from Balochistan Kamran Murtaza, in his recent TV talk admitted that in Balochistan and Sindh provinces corruption rules supreme. In each and every contract 55 per cent commission is doled out which means only 45 per cent is spent on a project. It is quite obvious a project completed with only 45 per cent of the total amount, will not last for long. That is why most of the bridges; small dams; water reservoirs could not withstand torrential floods and hence destroyed allowing water to enter the settled areas causing colossal losses. When it comes to corruption, the rest of the provinces are not an exception either.

The European Union announced 1.8 million Euros support while another USD 500 million came from the rest of the world so far. Another brotherly country Azerbaijan has also extended an amount of USD two million. The UK too has extended some help while we continue to receive pledges from other countries. Most of the countries do want to help us but not in the shape of cash.   Ostensibly the amount that Pakistan has received so far appears to be the peanuts viz-a-viz losses that have been incurred. But then we perhaps should not wholly bank upon the foreign aid always. We need to mobilize local resources and philanthropists as well, many of them happen to be the richest men on this earth. Likewise, the entire political elite too needs to contribute generously to this end. As it goes, charity begins at home. The members of the Parliament including the prime minister have all made their fortunes in Pakistan and so is the case with the opposition parties. It is high time that they should donate handsomely from their personal accounts. If they do so, then indeed others would follow them. It would also send a positive signal abroad.

The Prime Minister has convened an All Parties Conference (APC) on Monday to seek collective wisdom as to how to tackle this tragedy. But it must not be just a debate for the sake of debate. No occasion can be more opportune than this that the political leaders announce substantial sums either on behalf of their respective parties or in their individual capacity to set a worth-emulating precedent.

Woes of the wretched victims multiplied also because of the sheer mismanagement on the part of the authorities.  For example in Swat most of the hotels were illegally built by encroaching the river area. Consequently a 200 feet wide river got squeezed to just 50 feet or even less at some points. Therefore most of the hotels and constructions built on the river land were washed away as water had to make its way. So much so, in Islamabad too the builders have not spared the waterways and nullahs. In July 2021 the E 11 Sector of the Capital downed after heavy rains simply because most of the nullahs had been encroached upon by the housing society.  At least two people were killed in that tragedy. So the mind-boggling question is that did we learn any lessons from that tragedy? Absolutely not and that is the reason we have to bear the brunt of yet another human tragedy in the shape of recent floods that has already taken away more than 1,000 precious lives. I could not find a suitable reason to be optimistic that our leaders and rulers would learn a lesson after the recent catastrophe, which continues to take a heavy toll on especially have-nots and the under-privileged class. As the British author Christina Lamb would put it, ‘Pakistanis are a nation waiting for Allah’.