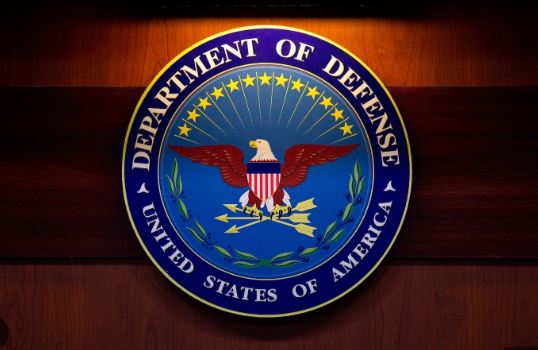 The centerpiece of the US National Defense Strategy 2022 is ‘Integrated Deterrence’, which was debuted by US Defense Secretary Lloyd Austin. He termed it as a new approach to achieving deterrence. Its purpose was to avoid military confrontation and make use of partners & allies as well as their capabilities in countering the adversaries. It incorporates both military and non-military tactics to deter adversaries.

As per Sasha Baker, Deputy Under Secretary of Defense for Policy, integrated deterrence is to incorporate all tools of national power and its allies and partners in countering the warfighting areas, and other domains of conflict. Dr. Colin Kahl highlighted the major purpose behind “integrated deterrence”, saying it is to “integrate allies and partners that are the actual asymmetric advantage that the United States has over any other competitor or potential adversary”. The alliance system is vital to integrated deterrence, “The US has to engage with its allies and partners so that their rivals realize that they’re taking on a coalition of nations who are dedicated to sustaining a rules-based international order, they’re taking on more than just the United States”.

To achieve this “integrated deterrence”, the United States’ engagement with India is now accelerating. In the 2+2 ministerial dialogue held in April 2022 between the US and India, they signed bilateral space situational awareness arrangement. This will facilitate sharing of greater information and cooperation in space. Their information-sharing partnership is expanding across all the war-fighting areas. They show their willingness to launch new supply chain cooperation measures that would allow them to support each other’s priority defense requirements. On October 2020, the USA and India signed an agreement named “Basic Exchange and Cooperation Agreement” that would give India access to the US geospatial intelligence-satellite images and analyses. The US government has shown its willingness to approve sales of drones to India, including armed drones. Although, the US has been reluctant to supply drones, particularly the armed drones because they were incorporated into Missile Technology Control Regime by their officials. But now the US has shifted its policy to consider drones as aircraft rather than missiles. Furthermore, the Quadrilateral Security Dialogue (QUAD) was created to facilitate relief operations during the 2004 Tsunami in the Indian Ocean. It comprised of US, India, Australia, and Japan. It was an informal dialogue between the states about naval cooperation. Through this platform, they are now expanding from the Pacific Ocean to the Indo-Pacific Ocean.

To counter China’s growing influence in the South China Sea, the dialogue shifted towards a strategic partnership. The leaders of the QUAD member countries decided to revive the group during the ASEAN summit after that the member countries resumed group naval exercises. The way these countries indulged in joint military exercises and naval drills led to the militarization of the Indian Ocean. The Malabar exercises of the US with QUAD member states were perceived by Australia as a military alliance that is militarizing the Indian Ocean and maritime trade.

China even lodges protests against these countries that QUAD is having an anti-China approach, which they never admitted. The QUAD Alliance has instilled security dilemmas in South Asian regional states. Moreover, the Quadrilateral Security Dialogue was perceived by Beijing as an “Asian NATO” and anti-China. The Chinese officials also highlighted, “China believes that military cooperation between countries should be conducive to regional peace and stability, rather than contrary”.

India assumed sense of supremacy always remained an obstacle to achieving regional strategic stability. The US-integrated deterrence revolves around the strategy of empowering India to counter China. This further aired the feelings of supremacy over the regional countries in India. The US-India agreements depict that the US is tilted towards India in regional disputes. Both China and Pakistan claimed that this approach by the West is destabilizing the region. While the US and India consider it a deterrence against Pakistan and China. The integrated deterrence approach adopted by them is creating a security dilemma in the region and escalating threats to the strategic stability of the region as the two nuclear states are warmongering in the region.

The Nuclear Deterrence that exists between Pakistan and India is also threatened by the nuclear expansion designs of India. Nuclear weapons should not be taken as an option as such a war can never be won. Their aggressive military modernization and theatre command are creating instability in the region. Moreover, India voted against the Comprehensive Test Ban Treaty (CTBT) provisions in United Nations General Assembly and demanded permanent membership of the Security Council. They even expressed their willingness to a nuclear test program soon. India was also given NSG membership in 2008 which resulted in nuclear escalation. These developments raised concerns about the Indian aggressive approach towards nuclear modernization for arsenal purposes.

Ambassador Ali Sarwar Naqvi also raised concerns about India not signing the CTBT resolution: “India’s motive is not supporting the CTBT provisions is due to India wanting to keep the option of nuclear testing, which would badly affect the strategic stability of South Asia”. Greater strategic and nuclear stability in the region is in the interest of all the regional states. India’s assumed sense of supremacy is the hurdle in any efforts towards the strategic stability, development, and inclusiveness of the region on any platform like SAARC or ASEAN. India is perceived as an important key ally of the US to counter China’s growing influence via an integrated deterrence strategy. With its hegemonic designs in the South Asian region and its efforts to isolate Pakistan at the international level, it has adopted aggressive policies and a confrontational attitude towards the regional states. This approach of India fired back as it would isolate India itself in the region and instigate security dilemmas in neighboring states.