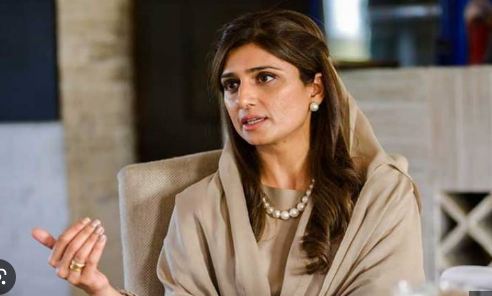 ISLAMABAD, JAN 03 (DNA) — Minister of State for Foreign Affairs Hina Rabbani Khar said on Tuesday Pakistan aimed to have cordial ties with its neighbors and the message had been sent to Afghanistan that the country s security was its redline.

Giving a briefing at the Senate Standing Committee on Foreign Affairs, she said Pakistan should not be the victim of terrorist activities by the proscribed Tehreek-e-Taliban Pakistan (TTP). Mentioning her recent visit to Afghanistan, she went to say the Afghan officials gave complete assurance that their territory would not be utilized against Pakistan.

She added having fruitful talks with Afghan’s deputy prime minister, Foreign minister, commerce minister and members of women chamber of commerce of Afghanistan. MNA Mohsin Dawar presided the session of Standing committee in which foreign and interior officials participated. = DNA