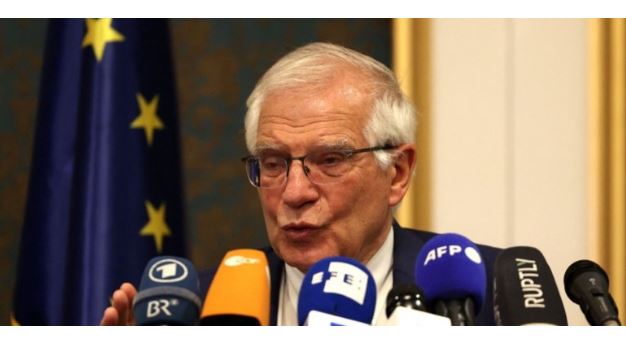 Tehran: Iran and the European Union have agreed to restart stalled nuclear talks with the United States “in the coming days,” top EU diplomat Josep Borrell said in Tehran on Saturday.

“The coming days means the coming days. I mean quickly, immediately. And so, we are going to break this stalemate and stop this escalation,” he said alongside Iranian Foreign Minister Hossein Amirabdollahian.

After the diplomats met, Iranian President Ebrahim Raisi told state television that the Islamic Republic would continue negotiations while sticking to its core demands.

“Sanctions must be lifted,” Raisi said.

Iran has long called on Washington to lift some sanctions to show it is serious about reaching a compromise in the efforts to revive the nuclear deal.

Borrell travelled to Tehran to resuscitate the 2015 Iran nuclear deal negotiations between Iran and the other signatories – China, Germany, France, Britain, Russia and the US – which have stalled since March.

Iran and the US have indirectly engaged with each other via intermediaries at the talks in Vienna.

The International Atomic Energy Agency (IAEA) recently warned that Iran was only a few weeks away from producing the prerequisite materials for a nuclear bomb.

Tehran has repeatedly emphasized that it intends to use nuclear technology for peaceful purposes only.

The deal would curtail the Iranian nuclear programme severely, in exchange for the lifting of sanctions on the Iranian economy. Former US president Donald Trump had exited the deal unilaterally in 2018 and instituted new sanctions on Iran.