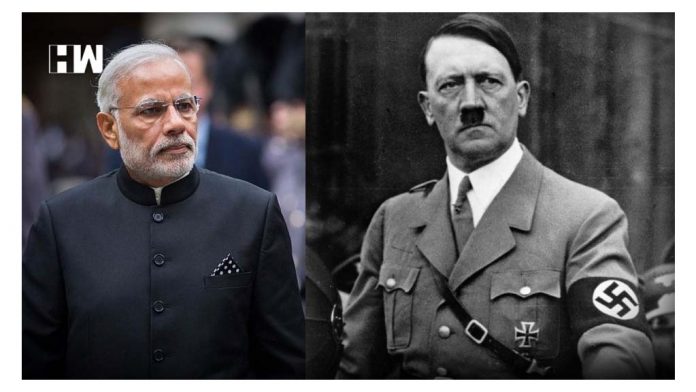 The article published by UPI.com explained as to how he choose to do away with the peace offer and adopted a path of increasing hostilities between the two neighbouring nuclear-armed countries.

The article says that “not coming from a position of weakness, but from a desire to decrease tension, Pakistan’s recently elected Prime Minister Imran Khan reached out to India, offering to take two steps toward peace providing India would take one.”

The article stated that  Modi  and his Bharatiya Janata Party have brought back the narrative of “cross border tensions.” Instead of taking one step toward peace with Pakistan, Modi is increasing tension on the Line of Control with Pakistan.

About Indian atrocities in Occupied Kashmir

The article urged the world to wake up to the reality of Occupied Kashmir and reminded the readers that Modi’s  act of stripping Occupied Kashmir of it’s special status and the persistent lockdown are just the tip of the iceberg in what the Modi and BJP are doing in the valley.

It also details how Citizenship Amendment Act excluded Muslims of India and the  immediated construction of concentration camps is reminiscent of Hitler-era Germany.

“The slander campaign against the Muslims received a major boost with the outbreak of coronavirus. Modi and his party commenced claiming the Muslim population was responsible for the virus’ spread. In time of crisis, people will turn on each other, especially when encouraged by their governments. Subject to being attacked on the streets, Muslim victims were denied hospital access, despite the need for immediate attention in many cases,” reads the article written by Retired Col. Wes Martin of the U.S. Army Military Police.