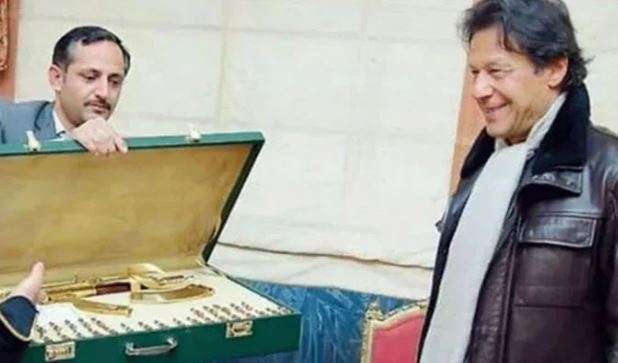 On Friday, ECP disqualified the former premier in the Toshakhana reference, stating he had committed corrupt practices by making “false statements and submitting incorrect declaration”.

The PTI chairman, then approached IHC, against the decision. However, the registrar had raised objections to the petition.

IHC Chief Justice Athar Minallah heard the case today and at the outset of the hearing, asked about the objections to the petition.

He was informed by Khan’s lawyer Barrister Ali Zafar that one objection was on the biometric verification and the other that a certified copy of the ECP’s decision was not attached to the plea.

On the second point, Zafar told the court that the ECP is yet to issue its detailed verdict, adding that they had only received two pages of the order.

“What is the rush in the case,” asked IHC CJ at this point.

Zafar told the court that his client has to contest elections in the coming days, adding that the ECP has also ordered that the PTI chief be prosecuted for corrupt practices.

“The Election Commission has also directed to send the matter for a trial,” said Zafar.

On this, Zafar told the court that disqualification was a “stigma” that may affect the coming elections.

“When there is no judgment then which order should the court suspend?” asked the judge. He also directed the counsel to address the objections raised by the registrar’s office.

“Disqualification will affect the people’s minds. The short order is attached [with the petition],” said Zafar.

At this, the IHC CJ asked Khan’s counsel whether he had a certified copy of the short order. But the court was told by the lawyer that they have applied for a certified copy.

“This disqualification is only as a member of the National Assembly,” observed the judge.

However, Zafar contended that the people were not aware of this situation. He added that ECP uploaded its short order on the website but did not provide them with a certified copy.

“If you are not provided a copy within three days then we will hear the matter again,” said the judge. He also shared that his court at times would issue short orders and release a detailed verdict later.

“I expect you will get the certified copy in three days,” said the IHC CJ.

But Khan’s lawyer contended that his client has to contest elections.

At this, Justice Athar Minallah said that under the law Imran Khan was only disqualified from the seat he held currently. If he wants to contest again, he can do so, there is no bar on him, he added.

Zafar then told the court that the media had received the copies of the order and programmes were aired on the issue, adding that ECP did not issue any objections to those programmes.

“Our request is that you ask the ECP to issue the order,” said Zafar.

But the judge told him that the court would not issue any such direction to set a precedence. He added that the issue was that the petitioner had not received a certified copy of the judgement.

“How can we suspend a verdict without a certified copy? Can you tell me what is the hurry in this case?” asked IHC CJ. He also mentioned that Imran Khan is not going to Parliament.

“We will observe but will not issue instructions,” said Justice Minallah.

However, Zafar contended that the PTI fears that the Election Commission may change its decision.

But the judge informed the lawyer that the ECP is a constitutional body. He also added that disqualifications have taken place before and there was no political storm.

The judge then rejected Khan’s request of suspending the ECP order today and upheld the objections of the registrar. It also directed Khan to address the objections to the petition within three days.