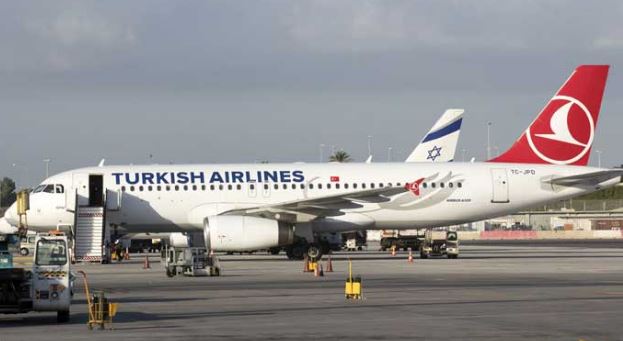 KARACHI: A Turkish Airlines flight headed from Istanbul to Thailand Saturday made an emergency landing at the Jinnah International Airport in Karachi.

According to sources, the flight’s captain sought permission for landing the aircraft commotion caused by a passenger. The flight’s hospitality crew informed the captain about complaints from passengers after which the plane was landed at the airport.

The sources also said that the flight took off after the foreign passenger was offloaded and arrested by security forces on the captain’s complaint.

The passenger has been shifted to the airport’s transit lounge and will be sent back to Turkey on the next flight, as per the sources.

In August, a plane from India carrying a dozen of passengers on board also landed in Karachi.

According to reports, the special flight departed from Rajiv Gandhi International Airport in Hyderabad, India, and landed at the Karachi airport at 12:10pm.

Shortly after landing in Karachi, the special flight took off with the 12 passengers on board. It is not yet clear why the plane had landed at the Karachi airport.