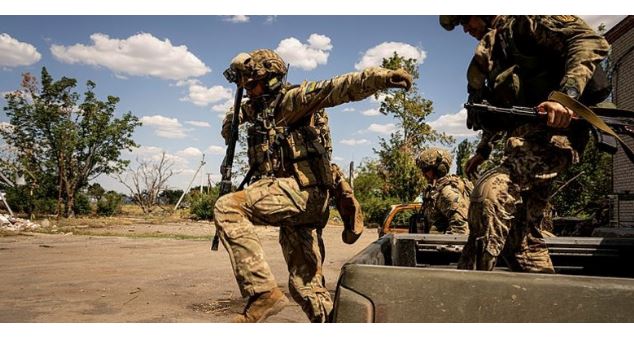 Ukrainian forces pressed their counter-offensive to retake the Russian-occupied southern region of Kherson, while a team of UN experts were en route to inspect the Zaporizhzhia nuclear plant which was targeted by fresh shelling over the weekend.

The coastal region of Kherson and its capital city of the same name have been contested by Russian troops since the war broke out six months ago.

“Ukrainian armed forces have launched their offensive in several areas in the south,” the head of the regional administration, Yaroslav Yanushevych, said on the Telegram app.

In his daily address Monday night, President Volodymyr Zelensky did not specifically mention the counter-offensive but said they would oust the occupying forces “to the border”.

“If they want to survive, it is time for the Russian military to flee. Go home,” he said.

It was the first major city to fall following Moscow’s invasion of Ukraine on February 24.

“This is what we have been waiting for since the spring — it is the beginning of the de-occupation of Kherson region.”

US National Security Council spokesman John Kirby said Ukraine’s move was already having an impact on Russian military capabilities as it forced them to reposition forces and deplete some units in the east.

“Because the Russians have had to pull resources from the east simply because of reports that the Ukrainians might be going more on the offence in the south,” Kirby told reporters Monday, CNN reported.

A senior Pentagon official said Russia was struggling to find soldiers to fight in Ukraine and that many new recruits were older, in poor shape and lacking training.