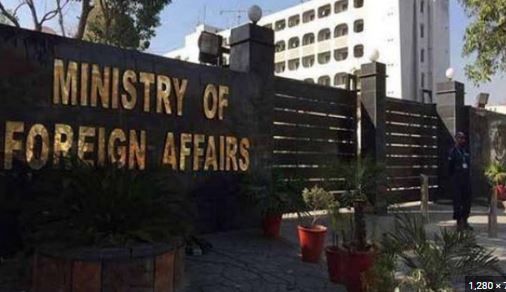 ISLAMABAD, DEC 3: Ulemas-Mashaykh and religious scholars of Pakistan while rejecting the US report regarding religious freedom stated that the constitution and law of Pakistan is the protector of the rights of all Pakistanis living in Pakistan.

Religious Freedom Committee of the US Ministry of Foreign Affairs have

blame Pakistan and Saudi Arabia on account of religious freedom.

Ulemas-Mashaykh said that fake and baseless propaganda against Islam and Pakistan is the routine practice of hostile forces and institutions.

Ulemas-Mashaykh said that once more like previous year, we like to invite  the US Religious Freedom Committee to come to Pakistan and observe the facts itself.

During the last few years, interfaith and sectarian harmony has been promoted in Pakistan and many other reported issues between the Muslims and the minorities have been resolved amicably.

The misuse of the blasphemy law has come to an end and tolerance between different religious sects and religions  has been promoted and the attitude of intolerance and extremism has ended.

Hateful literature is completely banned in Pakistan and no one is allowed to publish hateful content and literature in the country, said religious scholars.

In a joint statement, Ulemas-Mashaykh said that all the religious sections of Pakistan reject this US report, which blame Pakistan on account of religious freedom.

complete silence on the atrocities committed on minorities in India.

Whereas Pakistan, Saudi Arabia and China have been targeted on the basis of bias, which is not acceptable.

Ulemas-Mashaykh said that the US Ministry of Foreign Affairs should brought the instances and evidences before the government of Pakistan and in notice of the respective religious organizations and institutions working for Interfaith and inter-religious harmony, on the basis of which Pakistan’s name has been included in the list.

In the same way, there is complete religious freedom in Saudi Arabia and the government of Saudi Arabia is serving pilgrims of Hajj and Umrah according to the Islamic Sharia.

Similarly, the role played by the government of Saudi Arabia and Muslim World League in view of relation with non-Muslims is very laudable and welcoming.

The Ulemas-Mashaykh also expressed hope that the US government will definitely take action on this biased report of the Ministry of  Foreign Affairs’ Religious Freedom Committee.