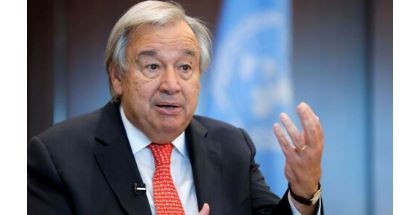 UNITED NATIONS: Pakistan is the victim of “a grim calculus of climate injustice”, said UN Secretary-General António Guterres, while calling on industrialised nations that drive 80 per cent of climate-destroying emissions to help the country recover, adapt and build resilience to disasters.

While concluding a debate on the devastation caused by the recent floods, the UN chief called help for Pakistan a “moral responsibility” of industrialised nations.

“This time it is Pakistan, tomorrow, it could be any of our countries and our communities,” he added.

On Friday, the UNGA unanimously adopted a resolution urging donor nations and institutions to provide full support to rehabilitation and reconstruction efforts.

Mr Guterres, who recently visited Pakistan, told the UNGA that flood waters covered a landmass three times the total area of his own country, Portugal.

“Pakistan is on the verge of a public health disaster”, he warned, adding that now cholera, malaria and dengue fever could take “far more lives than the floods”.

In another appeal for help, the UN refugee agency said on Saturday that it urgently needed relief goods for more than 650,000 people.