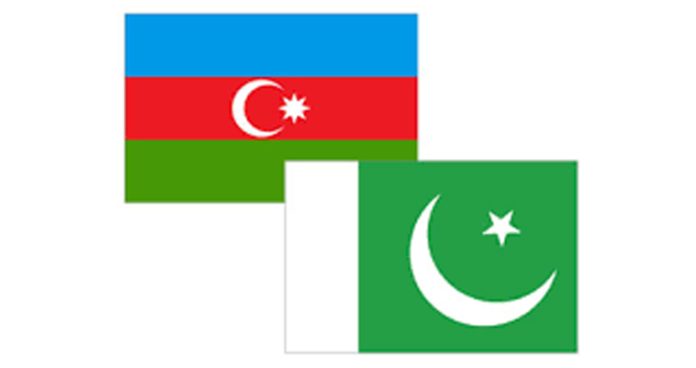 AZERBAIJAN’s Leadership and Nation both became a living symbol of resilience and patriotic approach in recent past during the war imposed by Armenia which was overcome by the brave forces under the leadership of President Illham Aliyev and the great Azeri Nation.

Since its independence from Russia (the then USSR) in 1991, Azerbaijan started its journey for socio-economic development alongside a long battle for maintaining peace to achieve prosperity which was the aim of father of Azerbaijani Nation the great HeydarAliyev and the current President Illham Aliyev. Armenia imposed war on Azerbaijan two years ago however the dark night was finally over and the brave forces of Azerbaijan defeated Armenia in less then 50 days of struggle during ‘Iron Fist’ launched in September 2020. This ended three decades long period of unlawful domination, in which the blood of innocent Azerbaijanis was shed. Despiteall its difficulties, Azerbaijan stands today among the rapidly developing nations.

As Pakistan and Azerbaijan are enjoying exemplary bilateral relations in all fields of daily life specially defense, strategic, cultural and historical trade relations from pre independence time of both countries. This relationship turned closer and became brotherly ties with the passage of time especially due to recent past visits from Mass Media and Business Community representatives.

Recently, I got the chance to travel to Azerbaijan alongwith Mass Media delegation with the courtesy of Azerbaijan Embassy in Pakistanthanks to Ambassador KhazarFarhadov and his efficient team. The purpose of this 5 days visit was to take Pakistani media team to recently liberated areas. The delegation first visited theliberated district known as FUZULI which now under government’s quick re-construction after removing the illegal occupation of Armenia and changing theterritorial status quo. Not only that, the infrastructural model of territories has been well designed by the Azerbaijan Government to which the development programs are in process.

FUZULI – a recently liberated district was almost full of minefields which were planted by the then Armenian army during the 1990s in the evasion of the first Karabakh war. While second war in area which broke out in September 2020 ended with the signing of a tripartite agreement betweenAzerbaijan, Armenia and Russia. Subsequently many illegal minefields were discovered that had been planted by the Armenian army which were defused by Azerbaijan’s Mine Action Agency (ANAMA) towards the mine-clearing activities throughout the district. ANAMA is doing great job towards humanity and for successful implementationof rehabilitation process. ANAMA has cleared 5,000 mines on the Fuzuli-Zangilan highway while Baku is convinced that the hidden maps by Armenia could help neutralize 01 million landmines planted in the territory of Azerbaijan and can take almost 12 years.

ZANGILAN was next destination where Azeri Government’s people’s friendly initiative famously known as “Smart village” of Aghali was visited and we were briefed about smart living and people of this area who left during war time. In the area of village‘smart illumination’ of streets, warm and cold resistant houses and installation of solar energy panels. The area during the occupation of Armeniawas having no development of any kind. Now, the Azerbaijan government has focused on providing the best life for its people, especially for those who have been kept deprived of such facilities. As labelled by the President of Azerbaijan IlhamAliyev, “The great return” to attract the sparsely-populated region into the smart village which has focused on high internet speed facility, green economy, and digitalization of many aspects of life.

Next we visited SHUSHA aftervisiting recently completed FUZULI International Airport, which was example of Azerbaijan’s commitment towards the development of cities and this international airport was built in just a mere period of 8 months as a part of the massive infrastructure and organizational engineering of the Azerbaijani Government.

Shusha City & Castle were under the occupation of Armenia but in the 2020 war.Shusha known as the crown of Karabakh was declared“Cultural Capital of Azerbaijan” due to its historical, cultural, and strategic importance by the President of Azerbaijan IlhamAliyevShusha the. In 2021, President ordered the State Committee for Urban Planning and Architecture to design and plan the work for the reconstruction of Shusha city. The major development occurred when the Fortress Wall of Shusha was successfully reconstructed. Shusha is known for its music and poetry. The City is seeing a massive reconstruction after the liberation. It was pleasant moment when the visiting media team saw three flags  (Pakistan-Azerbaijan & Turkey) were  in front of  a restaurant named QOC.AT, which reflects the heart to heart relationship and respect for each other.

GANJA City witnessed  maximum destruction during the war wherein Armenia attacked on the civilian population causing unnecessary damage and casualties which was really very disheartening for all team members. The second largest city of Azerbaijan Ganja, faced the most number of missiles fired during the war. While visiting the places where rockets were fired on the civilian population. The destruction of living apartments and casualties of civilians raises the issue of violating International humanitarian law. As a result of which around many civilians including children and women were killed by brutality of Armenian forces.

AGHDAM City was next destination for the visiting team which had remained a ghost town for nearly 3 decades under the illegal occupation of Armenia. The city was in complete havoc and destruction. Mr. Araz N. Imanov&UmidIsazada, Special Representative Office of the President Azerbaijan in Aghdam, accompanied by the team said that the town was a paradise for the people of Azerbaijan which turned in to Heroshima. The reconstruction of the city has begun already.

No doubt that the havoc done by Armenia is strongly condemnable. During the three decades of occupation of Karabakh, Armenia extremelyfailed to provide any facilities for people. Now, as Azerbaijan took its area back, the struggles to reconstruct for providing a better life have begun. The Azerbaijan Government’s initiatives appreciated by the global community attracting many media representatives across the worldto show the true side of a picture.

The visiting mass media team moved from Aghdam to Baku, witnessed along the shore of the Caspian Sea along with Baku, which is a main hub of oil for Azerbaijan. It holds great significance for the economy of Azerbaijan ranking 20th in the world for producing oil. It has the capacity for producing oil for 200 years and a highly attractive investment destination for global markets. Thanks to its geographical location at the crossroads of several regional and global transport corridors Azerbaijan is an international transport hub. The routes between East and West, North and South are passing through Azerbaijan and goods are being transported through the territory of Azerbaijan from China to Europe.

The friendship between Azerbaijan and Pakistanis rapidly growing stronger as evident from Pakistani flags being waved along with Azerbaijani and Turkish flags in Azerbaijan. After visiting recently liberated areas of Azerbaijan and seeing their love and attachment with Pakistan, there is a need to further strengthen these relations and increace people to people interaction in to further meaningful and result oriented ventures for the betterment of both countries and the region.

At Global stage Azerbaijan appears as a rapidly developing country and is increasing its international presence day by dayby organizing international forums on important topics and issues.It is very important for Pakistan Azerbaijan Relations to further grow. Especially, we, at 30th Anniversary of our diplomatic relations should work bringing both countries closer on all important issues and enhance the brotherly relations.