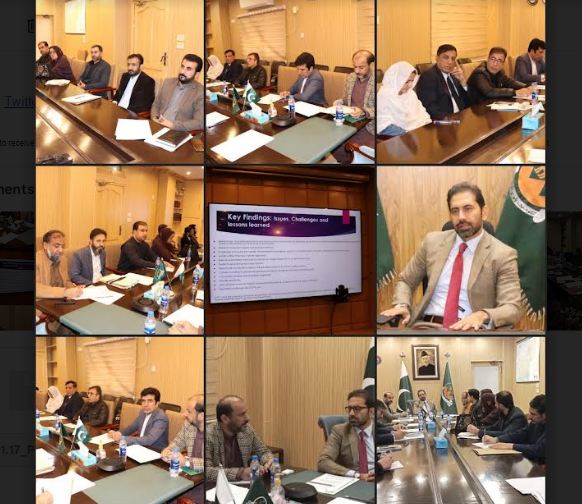 QUETTA, Jan 17 /DNA/ – United Nations Office on Drugs and Crime (UNODC) successfully concluded a series of consultations with the stakeholders of the Government of Balochistan on “Evaluation and Revision of Rule of Law Roadmap Balochistan” in January, 2023. The consultative sessions were held for stakeholders’ feedback on the first generation of reforms in order to inform a revalidated RoLR 2023-2026. The RoLR aims to strengthen the institutional capacities of the RoL institutions by collaborative, financial and legislative support as well as leadership and management initiatives across these key institutions to enhance institutional response and consequently citizens’ trust in the justice system.

In his opening remarks, Mr. Zahid Saleem, Additional Chief Secretary, Home & Tribal Affairs Balochistan appreciated the efforts made in the first Rule of Law Roadmap whilst highlighting key milestone achievements and areas of improvement. He added, “I look forward to a renewed commitment to reforms in Balochistan, as it continues, building on the success harvested so far. As it ventures forward, more lessons and good practices will inform our policy and practice of the rule of law”.

The intensive sessions were held in collaboration with Home & Tribal Affairs Balochistan on 9-11 January, 2023. The consultations kicked off with the Home Department, Law and Parliamentary Affairs Department of Balochistan, Police and Levies. It was followed by a consultation with the Reclamation and Probation Directorate Balochistan, Prisons and Prosecution, and concluded with Women Development Department, Balochistan Commission on Status of Women, Social Welfare Department, Bar, Judiciary and civil society. The Delivery Unit, UNDP and UN Women also attended these sessions.

Prior to the consultations, customized set of questionnaires were circulated among RoL institutions to recommend strategic priorities for the next phase of reforms besides listing key issues and challenges faced during the implementation of the previous Roadmap. The data was duly compiled, distilled, and analyzed before its triangulation for meaningful insights that helped inform the formulation of different sections of the revised Roadmap. All the valuable feedback and input received from key RoL stakeholders including notable successes, lessons learned, and recommendations have informed the formulation of an evidence-base revised ‘RoL Roadmap’.

The first Rule of Law Roadmap (RoLR) of Balochistan was developed for the period of, May 2018 – May 2022, as a four-year citizen-centric, result-oriented, and evidence-informed rule of law reform document. The RoLR was developed by applying a participatory and inclusive approach including all of the Criminal Justice System Institutions (CJIs) of Balochistan province in addition to Bar, CSOs, academia, and parliamentarians.