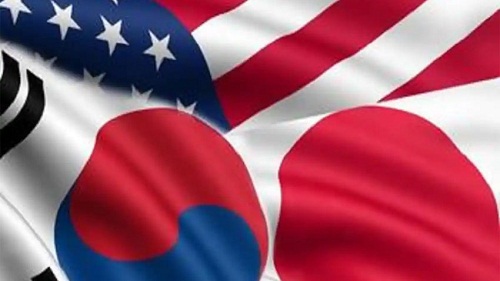 A trilateral meeting between United States, Japan and South Korea was held in Tokyo to discuss how to restrain North Korea’s missile program following its test-fire of long-range cruise missile.

Addressing the meeting, the US special envoy for North Korea Sung Kim said that Washington remains open to diplomacy for negotiation with North Korea aimed to completely denuclearize Korean Peninsula.

Kim also reiterated the long-stated US position that Washington has no hostile intentions toward Pyongyang.