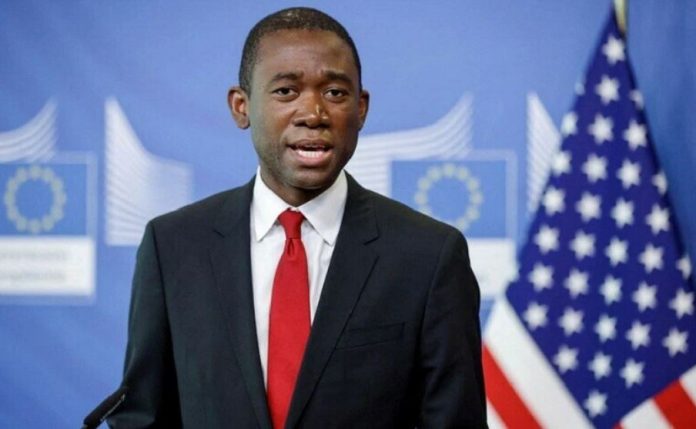 WASHINGTON: The United States had constructive discussions with Indian officials on a proposal to cap prices of Russian oil, US Deputy Treasury Secretary Wally Adeyemo said on Friday, as it seeks global support for a proposal to cut Russian revenue.

India and China have stepped up oil purchases from Russia after the Ukraine invasion at a discount to the market price, at a time Western sanctions have pushed global inflation to the highest levels in years and hurt revenues of European and American companies linked to Russia’s oil trade.

The Group of Seven richest economies aims to have a price-capping mechanism on Russian oil exports in place by Dec. 5, when European Union sanctions banning seaborne imports of Russian crude come into force.

“I had a very constructive conversation with my Indian counterparts about the price cap proposal, but also talked extensively with private sector participants in India as well,” Adeyemo told reporters in New Delhi on Friday.

The proposal to cap prices of Russian oil is aimed at curbing the oil revenue that Moscow uses to finance its invasion of Ukraine, while ensuring sufficient global supply at affordable prices, Adeyemo said.

“It would allow European, American services from around the world and Western countries to continue to be used for the purchase and transportation of Russian crude,” he said.

Adeyemo said inflation was a priority for the United States and that the country also wanted to ensure global oil markets were adequately supplied.

“We are very concerned that come December 5… we will be in a place where access to Russian crude will diminish for the world and would potentially lead to higher prices,” Adeyemo said.