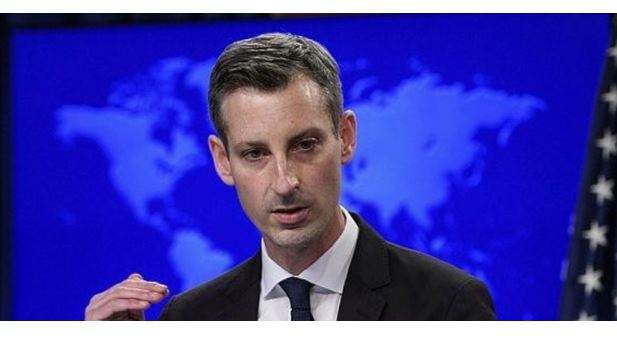 WASHINGTON: The US State Department on Wednesday declined to respond directly to Turkish statements that Greece has increasingly harassed Turkish jets flying over international airspace, but did urge the two neighbors to “resolve (their) differences diplomatically.”

A department spokesperson who addressed the matter on condition of anonymity said the US is aware of the reports, and encouraged “our NATO allies Greece and Turkey to work together to maintain peace and security in the region.”

“We urge all parties to avoid rhetoric and actions that could further raise tensions,” the spokesperson said.

Turkish jets engaged in missions over the Aegean and Eastern Mediterranean Seas on Aug. 23 were harassed by a Russian-made S-300 air defense system stationed on the Greek island of Crete, Turkish sources told Anadolu Agency earlier on Wednesday.

However, Greek military officials have denied the Turkish account of the actions, which are described as “hostile” in the NATO Rules of Engagement.

Türkiye’s National Defense Ministry is preparing to send radar records of the incident to the NATO Secretariat-General and alliance members’ defense ministries.

Türkiye, a NATO member for over 70 years, has complained of repeated provocative actions and rhetoric by Greece in the region in recent months, saying such moves frustrate its good faith efforts for peace.

Since the beginning of 2022, Greek warplanes have violated Turkish airspace 256 times and harassed Turkish jets 158 times, according to Ankara.