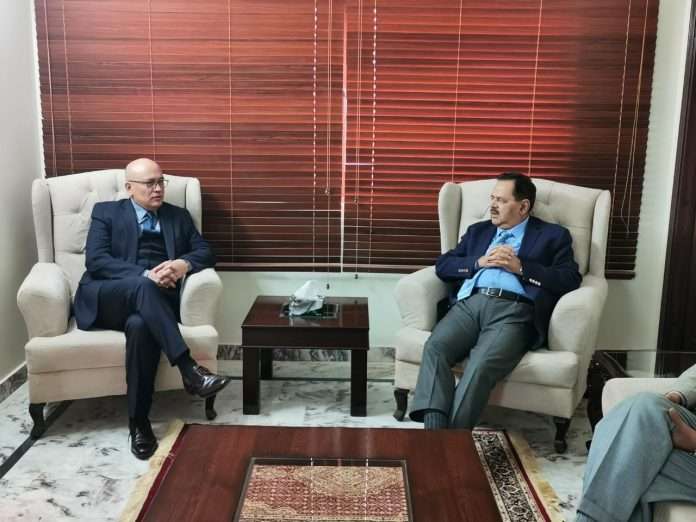 He was welcomed by Major General Syed Khalid Amir Jaffery HI(M), (Retd) – President CGSS who acknowledged the smooth execution of the electoral process in Uzbekistan.

During the meeting, it was discussed that in year 2020 a large number of new initiatives regarding cooperation will be started between both the countries including students exchange programs, cultural and linguistic programs.

Lieutenant Colonel Khalid Taimur (Retd) – Executive Director, CGSS briefed about the new initiatives that CGSS will undertake in the year 2020 through which thePakistan-Uzbekistan relationship will also be promoted. It was also decided more Conferences/Seminars will also be organized.