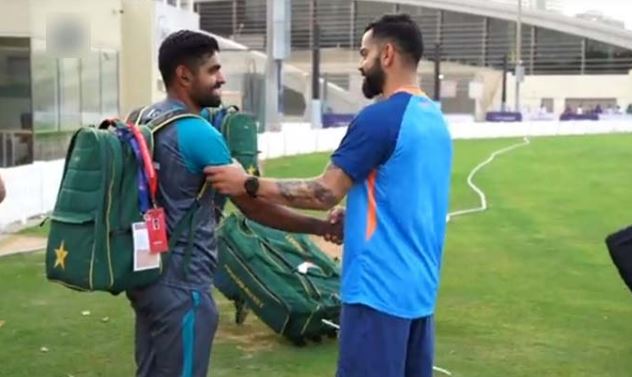 Dubai – Indian Cricket team landed in Dubai on August 23 and started net practice ahead of the all-important Asia Cup 2022 clash vs Pakistan.

BCCI released a video later on Wednesday, August 24, in which Indian cricketers can be seen hitting the training session and players also meeting their counterparts from Pakistan and Afghanistan. While Hardik Pandya and Yuzvendra Chahal chatted with Afghanistan’s Mohammad Nabi, Virat Kohli was seen having a word with Rashid Khan. A glimpse from the video also saw Kohli meeting Pakistan captain Babar Azam on the sidelines. They met with a smile on their faces and shook hands too.It is pertinent to mention here that the Asia Cup 2022 is set to start from August 27 and Pakistan is set to take on arch-rival India on August 28.