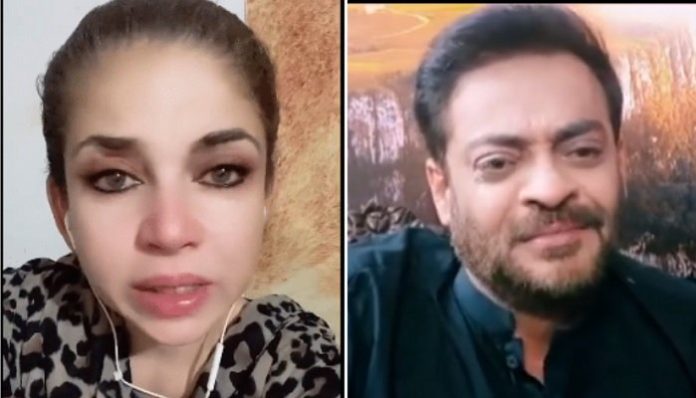 Popular film actress Mishi Khan, who had previously recorded a video message telling Dr Aamir Liaquat Hussain to get “treatment for his brain”, has now posted a new video apologising to the televangelist for her harsh words.

The former PTI MNA was found dead at his Karachi residence on Thursday and was laid to rest at Abdullah Shah Ghazi cemetry, after which many people were left saddened.

After scandalous videos showing Hussain were leaked by his third wife Dania Shah, he had said on May 15 that he wanted to “leave the country”.

In a rather emotional address to the public, he had denied Shah’s claims saying he did not consume alcohol or abuse her. He also said that he had been living “with a heavy heart”.

Responding to his decision to leave Pakistan, Mishi Khan posted a video message where she said that people would be more than happy to see him leave.

In the video, she had also said that if Hussain had “God forbid” said to her what he had said about Junaid Jamshed’s mother, she would have “broken his face.”

She added that Hussain had “no respect left” in the country and “should leave at the earliest.”

However, two days after his sudden death, Khan posted a new video apologising for her “mistakes” saying that she too is human.

The teary-eyed actress said that she admired Hussain for his intellect and knowledge and chose the “wrong words” against him out of impulsivity.

Khan said that she was deeply apologetic for her words. “I am speechless. I don’t have words,” she said in a broken voice.

“We will never forget him,” she said at the end.