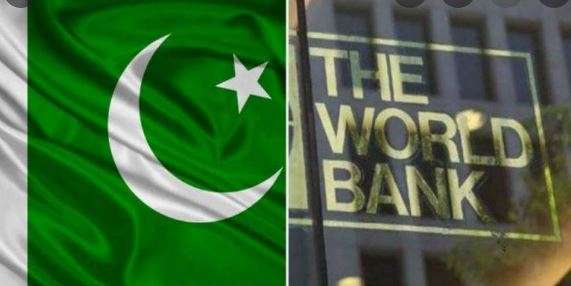 ISLAMABAD, OCT 10 (DNA) — The World Bank has warned about the risk of increasing poverty stating that nearly nine million people may suffer poverty in Pakistan and poverty will increase by 4% due to floods in Pakistan.

As per World Bank report, Pakistan has been experiencing heavy monsoon rains since June 2022 leading to catastrophic and unprecedented flooding. Almost 15% of the country is underwater and just over 33 million people are affected.

Economic impacts are concentrated in the agricultural sector, with over 9.4 million acres of cultivated land destroyed, resulting in significant losses to cotton, date, wheat, and rice crops. Lower agriculture output is expected to negatively impact industrial and services sector activity, especially given textile sector reliance on cotton (textiles account for around 25 percent of industrial output).

Flooding will impose a lingering drag on output through infrastructure damage, disruption to crop cycles, possible financial sector impacts (microfinance institutions report major solvency problems), and loss of human capital. Preliminary estimates suggest that as a direct consequence of the flood, the national poverty rate will increase by 2.5 to 4.0 percentage points, pushing between 5.8 and 9.0 million people into poverty.

The flood victims’ houses and essential goods were washed away in the devastated flood, moreover, food and drink and others edible items are becoming expensive in flood affected areas. The economic impacts of flooding is likely to delay much-needed economic adjustment:

Growth is now expected to reach only around 2 percent in FY23. Due to higher energy prices, the weaker Rupee, and flood-related disruptions to agricultural production, inflation is projected to rise to around 23 percent in FY23.

With disruptions to exports (especially textiles) and higher import needs (food and cotton), the current account deficit is expected to narrow only slightly to around 4.3 percent of GDP in FY23 (from 4.6 percent in FY22). The fiscal deficit (including grants) is projected to narrow only modestly to around 6.9 percent of GDP in FY23 (relative to a budgeted deficit of 4.7 percent), reflecting both negative revenue impacts from flooding and increased expenditure needs.

The Government faces a difficult policy challenge in supporting relief and recovery while maintaining progress towards macroeconomic stabilization:

To manage these risks, it will be critical to adhere to sound overall economic management and buttress market sentiment, including through articulating and effectively implementing a clear strategy for economic recovery; constraining fiscal expenditures to the extent possible and carefully targeting any new expenditures; maintaining a tight monetary stance and flexible exchange rate; and remaining on-track with critical structural reforms, including in the energy sector. =DNA