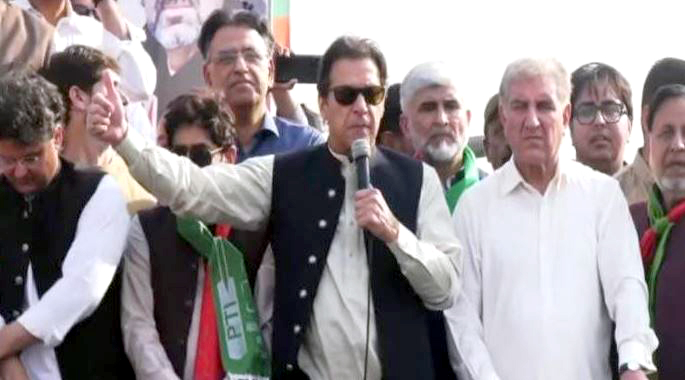 On day two of his party’s long march, PTI chair Imran Khan while addressing his supporters said that he is there to tell them what freedom is.

“Free men rule the world,” he told his supporters at Lahore’s Shahdara.

“I want to convey a message that we are humans and not sheep,” said Khan.