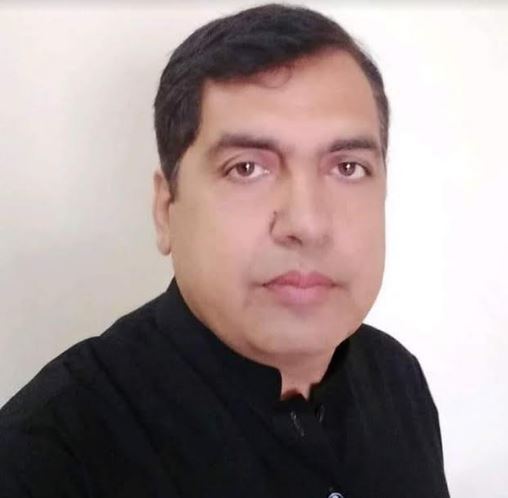 ISLAMABAD: Scope and jurisdiction of AGP emanates from Article 170 (2) of the Constitution of Pakistan. The Constitution mandates Auditor General of Pakistan to audit the accounts of the Federal and of the Provincial Governments and the accounts of any authority or body established by, or under the control of, the Federal or a Provincial Government. This jurisdiction is further elaborated in AGP ordinance 2001 Section 08 and 09 that the Auditor General shall.

Audit all expenditures from the consolidated Fund and Public Accounts of the Federation and each Province. Audit all receipts which are payable into the Consolidated Fund or Public Accounts of the Federal Government and of each Province and in the accounts of each district; and to provide assurance that these were payable, have been properly and correctly deposited; and internal controls are in place for their proper assessment and collection; audit accounts of stores and stock kept in any office or department of the Federation or of a Province or of districts. Audit all trading, manufacturing, profit and loss accounts, balance sheets and other subsidiary accounts in any Federal or Provincial department and public-sector enterprises. Audit the accounts of anybody or authority substantially financed by loans or grants from the Consolidated Fund of the Federal or Provincial or District Government and to provide assurance as to the fulfillment of the conditions subject to which such grants or loans were given.

The auditor is of the view that reporting fake areas was a fraudulent practice that might not be justified. After the test check, the auditor was of the view that fake monitoring reports were generated for the entire Mardan Division. There was a high chance of misappropriation of government resources utilized under the BTTP. Fake monitoring reports put a question mark on the transparency of plantation activities carried out in the division. The auditor recommended early recovery from the responsible. AGP’s audit team has the power to audit the receipt and expenditure of funds. AGP’s audit team has neither the authority to check and evaluate monitoring reports nor the training and education to check and evaluate monitoring reports. Then how did they make a paragraph on the monitoring reports? It is simply Exited the domain & exceeded the mandate. Look at another audit paragraph. It was noticed that different forest divisions showed plantation of eucalyptus in violation of the PC-1 allocation of 10% of the total plantation.

The scrutiny of the record revealed that 36% eucalyptus plantation was made against the 10% provision of the PC-1. The irregularity was a violation of PC-1, resulting in a financial loss of Rs11.96 besides huge usurpation of water, leading to dryness of land and creating a threat to the environment. Different forest divisions had distributed 19,706,685 plants free of cost to locals, but the record revealed that only 15,981,000 plants were distributed. This indicated that either the distribution was not carried out or only paperwork was done. How did the audit team know that instead of ten percent, eucalyptus was planted thirty six percent? The audit team has checked the record, but there is no such information in the record. How can the audit team write that Eucalyptus uses more water? While there are many researches in this regard, in some it is written that Eucalyptus uses more water and in some it is written that it uses less water. The experts have not yet reached the conclusion regarding Eucalyptus, but the audit team has reached the conclusion that they have neither education nor training in this regard.

Ostensibly, corruption happens but not in the way the audit team is describing. The details can be given only by the concerned DFOs. It is an audit para which the audit team makes to show its efficiency. And then the Para has to be withdrawn. It was noticed that Rs.25.97 million were incurred for the purchase of various materials, but no stock register as well as tender documents were shown for audit to authenticate the procurement, usage and issuance of the said material, which made the whole expenditure of Rs. 25.97 million doubtful.

It is not possible. No single department pockets all the funds. Some percentages can be eaten by manipulating the records. KP has a target of raising 1 billion plants at a cost of Rs 27.3 billion, equally shared by the PSDP and the ADP. However, up till now, only Rs 11 billion had been released to KP with approximately 50% from the ADP and the PSDP. Approximately Rs 3 billion have been released to Nigaihbans of enclosures while Rs 2 billion to Chowkidars of various interventions through crossed cheques. Furthermore, the procurement of about Rs 3 billion for 30 tractors, 30 water vehicles, plants, polythene bags, soil, etc. had been sought through a competitive tender process. Field employees have been paid through cross checks. All purchases are made through Tedders, payments are made through cross checks. If the audit team’s allegations are true, there have been Rs3.49bn irregularities. Does this mean that all the funds of the plantation have been misappropriated? Then even a single plant would not have been on ground . AGP’s own audit report has questioned the competence of the audit team. Will there be a similar report in Punjab, Sindh, Balochistan, AJK and GB also? It is clear that the audit report is biased. The Auditor General of Pakistan should conduct an inquiry and take action against those responsible. With a biased report, the audit team tried to damage the reputation of the Auditor General of Pakistan and tried to discredit TBTTP which is praised by the world.