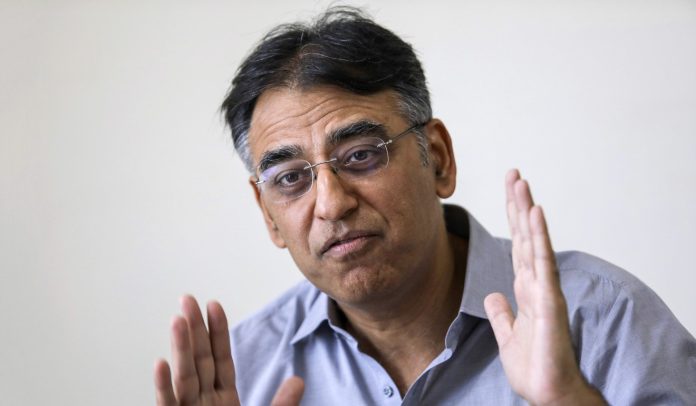 Pakistan Tehreek-e-Insaf’s (PTI) Secretary General Asad Umar has admitted that there is a difference of opinion among the party members regarding the dissolution of assemblies, Daily Jang reported Monday.

In a statement, the former federal minister said that some party members are in favour of the immediate dissolution of assemblies while some are against the decision.

However, Umar said that some of the party members said that there should be an extension of two to three months.

The PTI has given December 20 deadline to the Pakistan Democratic Movement (PDM) to finalise the election date else the Khyber Pakhtunkhwa and Punjab assemblies will be dissolved as announced by Imran Khan last month.

The PML-N, which was initially trying to block the PTI’s move, has now changed its stance and dared its rival to dissolve the assemblies.

A day earlier, PTI Senior Vice President Fawad Chaudhry warned the ruling coalition that the party will order the dissolution of assemblies if a final date for the next general election is not announced by next week.

“Leaders of the imported government don’t want polls and they have no idea how to run the country,” the former federal minister claimed on Twitter.

“If PDM doesn’t bring a formula for holding general elections by December 20, the Punjab and KP assemblies will be dissolved,” Fawad said.

He said that the process of general elections in the two provinces will be completed by March 20 and PTI has the complete trust of its allies in this regard.

Earlier, Fawad had said that Chief Minister Punjab Chaudhry Parvez Elahi suggested extending the date for the dissolution of the provincial assemblies.

Contrary to Khan’s announcement that the provincial assemblies of Punjab and KP would be dissolved during this month, the Punjab chief minister on December 5 said that he did not see elections taking place in the next four months

“It does not matter if the National Assembly is not dissolved. New governments would be formed in Punjab and KP in March after the elections,” he added.

No polls in next four months

On December 5, the CM Punjab had said that he did not see elections taking place in the next four months.

“Elections cannot be held before four months; the federal and provincial governments need time to work and the elections may be delayed even after October next year,” he said.

Although the PML-Q leader had repeatedly said that he fully backed the PTI chief’s decisions, his statement is in contrast with Khan’s threats of dissolving the assembly soon.