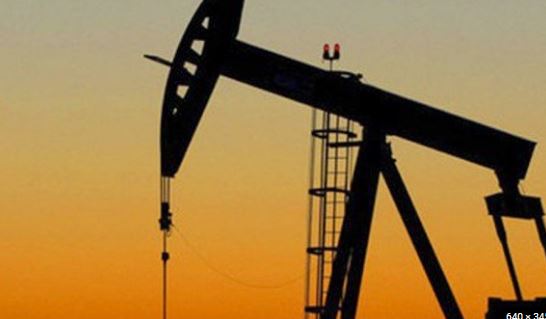 Islamabad, NOV 14: In an astounding development, Chinese firm East Sea Group Limited (ESGL) has kicked off a plan to establish a $4.5 billion oil refinery in Gwadar with an annual oil processing capacity of 8 million tons, Gwadar Pro reported on Monday.

According to an official document available to Gwadar Pro, the project will be constructed in two phases. The first phase will have an annual refining capacity of 5 million tons. East Sea Group will place at least six crude oil transshipment vessels totaling 2 million tons at Gwadar port in Pakistan every month, starting from and supporting its own oil source business, and will also provide oil transshipment and transshipment services for major Middle East oil-producing countries.

East Sea Group CEO Fang Yulong, who is also Senior Vice President of the Pakistan-China Joint Chamber of Commerce and Industry (PCJCCI) created a pleasant ripple while breaking the news of launching the mega project of building “Gwadar Petroleum Storage and Transportation Trading Centre” during the briefing at Think Tank Session at PCICCI secretariat last week.

The idea to build an oil refinery was floated in a meeting between China Overseas Ports Holding Company (COPHC) Chairman Zhang Baozhong and Pakistan PM Shahbaz Sharif in June 2022.

Taking the matter as a priority, on the directives of PM Shahbaz a committee was constituted to facilitate the establishment of the refinery. In the first meeting of the committee on June 27, followed by a number of meetings under the chairmanship of the Secretary Petroleum Division, all stakeholders expressed their full support and readiness to facilitate the refinery.

According to sources in the Ministry of Energy (Petroleum Division), the proposal revealed that the refinery will provide a substantial storage capacity to Pakistan, enabling it to maintain reserves for a longer time and save foreign exchange.

The multi-billion dollar project, upon implementation, will provide an impetus to further investment in the petrochemical industry in Gwadar. Moreover, the proposal sought the assistance of relevant government departments to facilitate the formation and subsequent implementation of a broad-based policy framework to materialize the project.

In order to greenlight the mega project by the government of Pakistan, concerned institutions are gearing up to scrutinize the detailed business plan and feasibility study for further processing. For planning and construction, Oil and Gas Regulatory Authority (OGRA) will fulfill the licensing requirements under OGRA Ordinance 2022.

Gwadar Chamber of Commerce and Industry President Nagman Abdul termed the oil refinery project as a “catalyst to open up a new chapter of development”.

With the creation of job opportunities, not only more business avenues will be opened but also Pakistan’s oil bill will shrink, he added.

The move of launching a Chinese oil refinery seems to have encouraged other foreign investments that had stalled due to many reasons in the oil refinery sector during the recent past.

In January 2019, Saudi Arabia’s Energy Minister Khalid Al-Falih announced that the Arab nation was planning to set up a $10 billion oil refinery in Pakistan’s deep-water port of Gwadar.

However, the plan was rolled back. Later it was indicated with vagueness that instead Gwadar, the oil refinery may be established somewhere else in Pakistan.

Meanwhile, the UAE has also shown willingness to set up a deep-conversion, state-of-the-art refinery that would have an output of 500,000 barrels per day in Hub (a town in Balochistan with Pak-Arab Refinery Limited (PARCO).

All of the refineries are hydroskimming refineries, except for PARCO which is a mild-conversion refinery.

Pakistan’s oil refining capacity is about 450,000 barrels per day (bpd), equivalent to 20 million tons per annum. Local refineries have supplied about 60 percent of the country’s requirements of Diesel, 30 percent of Motor Gasoline, and 100 percent of Jet fuel for defense.

The rest is imported as refined products. Pakistan has been importing significant volumes of petrochemicals, worth more than USD 2 billion annually, as there is no primary petrochemical production facility in Pakistan.