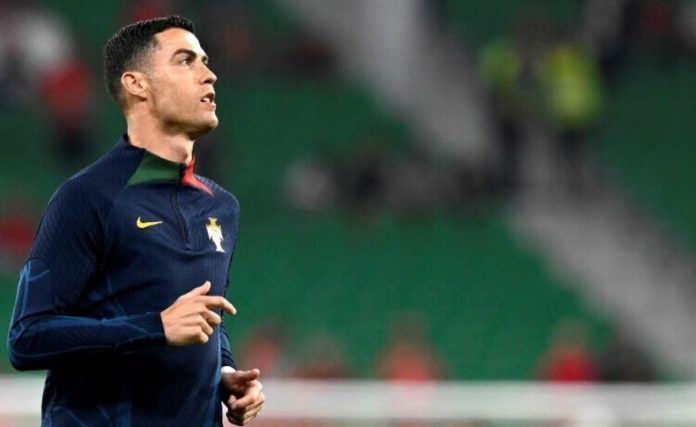 DOHA: Cristiano Ronaldo starts on the bench once more in Portugal’s World Cup quarter-final clash against Morocco on Saturday.

Coach Fernando Santos dropped the five-time Ballon d’Or winner for the last 16 win over Switzerland and maintained a similar line-up against the North Africans.

Goncalo Ramos, who scored a hat-trick in the 6-1 victory, leads the line again, with support from Bruno Fernandes, Bernardo Silva and Joao Felix.

Morocco have been forced into two changes in defence, with Nayef Aguerd and Noussair Mazraoui both unable to play because of injury problems.

Morocco maintain the same midfield and attack which helped them see off Spain in the last 16 and qualify for the quarter-finals for the first time in their history.