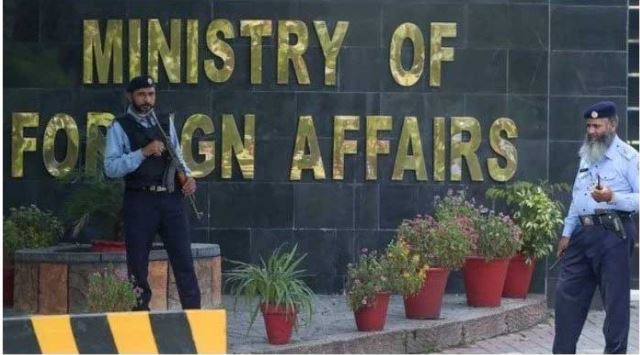 ISLAMABAD: The Foreign Office on Monday welcomed the special Anti-Terrorism Court’s (ATC) judgment in a case relating to the terrorist attack on Chinese engineers working on the Dasu hydropower project last year.

On Friday, the ATC handed down death sentence on 13 counts to each of the two men in Dasu Hydro Power Project (DHPP) terrorist attack case.

The court also imposed Rs40 million fine on the two convicted terrorists, besides awarding them a total of around 800 years of imprisonment; including life imprisonments.

In response to a question regarding the verdict in last year’s terrorist attack on Chinese engineers, FO Spokesperson Mumtaz Zahra Baloch said that they have noted the judgment passed by the relevant court and details released by the local police.

“While specific queries may be directed to the relevant authorities, the proactive investigation, prosecution and judgment in this case have once again demonstrated Pakistan’s abiding commitment to counterterrorism,” she added.

The FO spokesperson said that they again extend their deepest condolences to the victims’ families and remained committed to the safety and security of Chinese workers, projects and institutions in Pakistan. The ironclad Pakistan-China all-weather strategic cooperative partnership will never be undermined by hostile forces, she added.