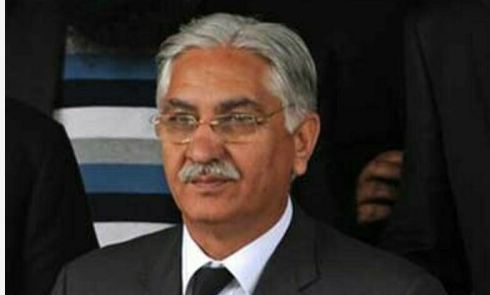 ISLAMABAD, DEC 18: PPP Secretary General Nayyar Bokhari has said his party is of the opinion that the PTI government’s decision to extend former army chief retired General Qamar Javed Bajwa’s tenure at the end of his initial three-year tenure in 2019 was “not a mistake”.

“We don’t think it was a mistake,” Bokhari said while speaking and explained that the extension was given in light of the situation in the country at the time.

The PTI has of late publicly expressed their regret on the matter. Former speaker Asad Qaiser, in an interview with DawnTV early this month, admitted that extend Gen Bajwa’s tenure as the army was the “wrong decision” which the party regretted.

Bokhari commented on the matter when asked about the PPP being a part of the legislation that paved the way for Bajwa’s extension.

He mentioned that the “PPP gave an extension to another army chief previously as well”.

The PPP leader added his personal opinion was that giving an extension to an army chief was the discretion of the country’s chief executive and legislation was not needed for it.

His full interview will air on DawnNewsTV at 7pm today.

The approval for extension in Bajwa’s term was initially given by then-prime minister Imran Khan just three months before Bajwa was set to retire on November 29, 2019, “in view of the regional security environment”.

Meanwhile, analysts had linked the approval’s significance to the regional situation as tensions between Pakistan and India were high at the time in the wake of New Delhi’s decision to revoke occupied Kashmir’s special autonomy, and talks between the US and Afghan Taliban on ending the war in Afghanistan had entered a critical stage.

The matter, however, took an unanticipated turn when the Supreme Court (SC) suspended the notification for Bajwa’s extension on November 26, 2019, raising objections to how the matter was handled.

After two days of lengthy court proceedings and back-to-back cabinet meetings — all in an attempt by the government to satisfy the top court on the legal grounds for approving the extension — the SC announced on November 28, 2019 that Gen Bajwa would retain the top military position for another six months. The court also asked the government to determine the tenure, terms and conditions of service of the army chief through legislation within six months, till the end of Gen Bajwa’s extension.

Subsequently, three bills pertaining to the tenure of the three services chiefs — chief of army staff, chief of air staff and chief of naval staff — and the chairman of the joint chief of staff committee were passed by the National Assembly and Senate in January 2020, paving way for a three-year extension in Gen Bajwa’s term.

He eventually hung up his boots on November 29 this year, marking an end to his extended six-year tenure.

During the interview with DawnNewsTV, Bokhari also commented on Mustafa Nawaz Khokhar, who recently announced his decision to quit the PPP and said continuing as the party leader further “is compromising on my self-respect”.

“It was a big favour of [PPP co-chairperson] Zardari sahib and [PPP] chairperson Bilawal that they got Mustafa Khokhar elected as a senator from Sindh,” Bokhari remarked, adding that “the former leader has contested four elections from here since 2002 and has never been successful”.

Khokhar was elected as a senator in March 2018 and formally resigned from the upper house of parliament on November 10 this year.