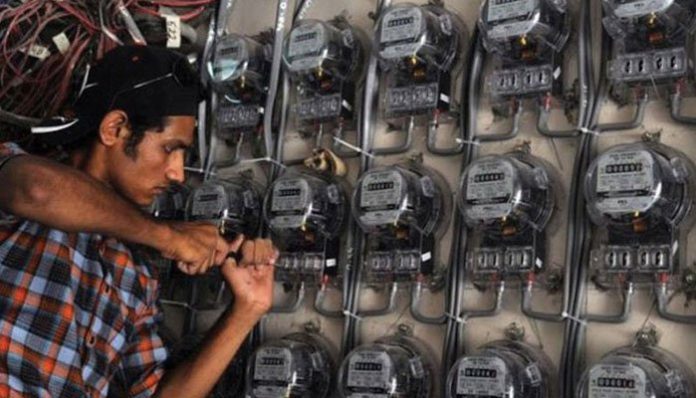 ISLAMABAD: As people across the country await an end to load-shedding, the National Electric Power Regulatory Authority (NEPRA) on Tuesday increased the power tariff by Rs3.99 per unit on account of fuel cost adjustment (FCA) for April 2022.

According to a notification issued in this regard, the FCA for April 2022 will be charged with the bill of June 2022, which will be paid by all consumer categories of distribution companies, except for lifeline and K-Electric consumers.

The Rs3.99 increase will put a burden of around Rs58.5 billion on consumers, including 17% GST.

The said adjustment shall be shown separately in the consumers’ bills based on units billed to the consumers in the month of June 2022 by the XWDISCOs.

“XWDISCOs shall reflect the fuel charges adjustment in respect of April 2022 in the billing month of June 2022,” the notification read.

It also added that the FCA would remain applicable for only a month.

It is worth mentioning that the Central Power Purchasing Agency-Guarantee Limited (CPPA-G) requested an FCA of Rs4.5 per unit for the month of April 2022 for XWDISCOs.

The regulator had held a hearing on May 31, after which the authority approved an Rs3.99 per unit power tariff hike, which is Rs1.13 higher than the FCA of March.

Meanwhile, Geo News learnt that the electricity shortfall in Pakistan has widened to over 7,000 megawatts.

According to power division sources, the demand in the country for electricity has surged to 28,200 megawatts amid the sweltering weather conditions while the power supply is 21,200 megawatts, with power shortfall surging to over 7,000 megawatts.

Currently, the country is obtaining 4,635 megawatts of electricity from hydropower, 1,060 megawatts from the government’s thermal power plants and 9,677 from the IPPs, the well-placed sources said.

Meanwhile, several plants have been shut due to the shortage of oil, gas and coal, the sources added.

Due to the widening shortfall, several parts of the country are suffering 10-12 hours of load shedding daily amid hot weather. However, the duration of load shedding is more than 12 hours in areas carrying higher line losses.

Due to the unavailability of data, the schedule load shedding procedure is not being applied, the sources added. In Karachi, the K-Electric, the sole power distribution company in the metropolis, is observing 9-10 hours of load shedding daily.

It is pertinent to mention that the government has vowed that the issue of load shedding will be solved in the next couple of months.

Responding to a Geo News question last week, the finance minister had said the previous government did not make any agreement related to LNG and now “we are buying LNG at expensive rates, therefore, currently, it’s not possible to end load shedding as the national exchequer is empty.”

“…but the maintenance process of 2500MW out of 7,500MW power plants has been started as these power plants were shut down during the tenure of the previous government,” he added.