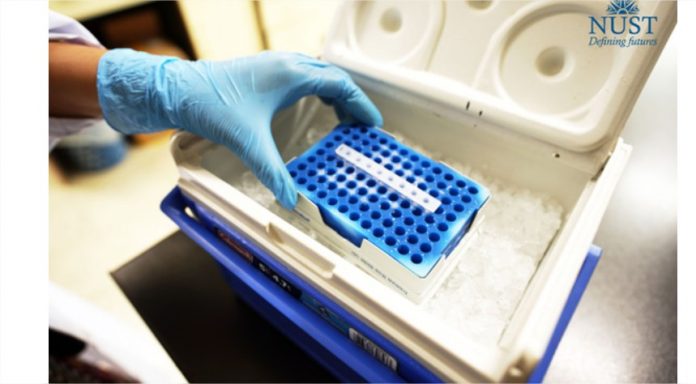 The Drug Regulatory Authority of Pakistan has approved the first ever COVID-19 testing kit developed in Pakistan by NUST. Federal Minister for Science and Technology Fawad Chaudhry announced the news on Twitter on Friday.

The testing kit, a PCR-based assay called N-CovKit, was developed by scientists and professors Dr Aneela Javed and Dr Ali Zohaib at the Attaur Rahman School of Applied Biosciences at NUST.

The university says it has successfully performed lab trials of the N-CovKit on 330 blinded samples. The kits will soon be mass produced by a selected leading pharmaceutical company as soon as the company is granted DRAP approval for commercial production, read the university’s statement.

They will be available for one-fourth the price in the market soon.

NUST had developed the “Molecular Diagnostic Assay” for the detection of the novel coronavirus in collaboration with the Wuhan Institute of Virology China, DZIF Germany, Columbia University USA and Armed Forces Institute of Pathology Rawalpindi, it said in a statement in March.