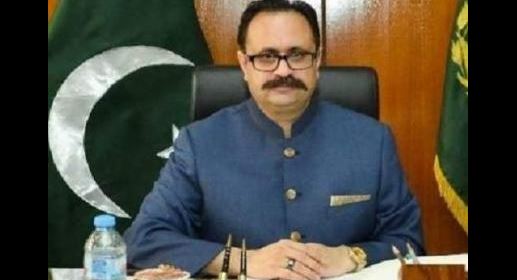 MUZAFFARABAD, Jul 24 (DNA): Prime Minister Azad Jammu and Kashmir Sardar
Tanveer Ilyas Khan has said that the government has presented a
revolutionary budget and it is now the responsibility of the state
machinery to leave no stone unturned in serving the people.

Talking to media on Sunday, he said, “In order to make AJK a model
state, we shall move forward as per the PTI chairman Imran Khan’s
vision. Tourism would be promoted as an industry to make people
financially self-sufficient. For the purpose, digital mapping is being
introduced for the first time.”

He said that the PTI government would never disappoint the people of the
AJK who had given us the mandate. “All the promises the PTI had made
during the election campaign will be fulfilled.”

The AJK government, he said, was moving forward according to its
priorities. “The fruits of the government’s initiatives have started
reaching the people”, he said, adding that people of the liberated
territory would soon feel the change on the ground. He said that instead
of solving the problems of the common people, the previous governments
promoted nepotism and favouritism.

In order to make the National Action Plan successful, the PM said that
the Counter Terrorism Department was established in the Police
Department of Azad Kashmir, for which a significant amount of funds was
provided. He said that funds had also been increased for delivery of
quality health services to the people at their doorsteps. Hospitals at
Samahni and Mang were upgraded to the status of Tehsil Headquarters.

He said that Forest Department was successfully completing the “Ten
Billion Tree Tsunami Program”, which was initiated by Imran Khan a
couple of years back. Media, he said, was the fourth pillar of the
state, which could not be neglected. He said that the PTI government
allocated an amount of 70 million rupees for the Press Foundation, from
which 20 million rupees were reserved for the heirs of deceased
journalists and the welfare of journalists.

He expressed the hope that the PFUJ would play its role in highlighting
the prevailing political and human rights situation as well as the ban
on media in the Indian occupied Kashmir. Praising the PFUJ leadership
for its constructive role, he said that the journalist body always
fostered high journalistic values.