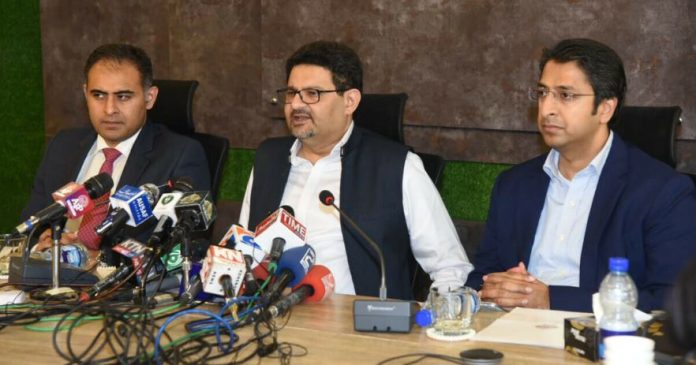 Prime Minister Shehbaz Sharif has formed a committee to deliberate what relief can be given to people using between 200 and 300 units of electricity per month, he said while addressing a press conference in Islamabad.

Ismail said there were two reasons for higher electricity bills — the increase in tariff in line with the International Monetary Fund’s (IMF) condition and expensive electricity generation combined with higher temperatures in May.

“Our anticipated charges were Rs6 [per unit] but actual charges were around Rs100 because coal became very expensive and gas [prices] were the highest on record. May was very hot. There was a day when electricity demand rose beyond 30,000 megawatts. We generated 25,000MW which was the maximum we can.”

The minister said the government had activated all power plants to meet the increased power demand, including a furnace oil plant in Jamshoro that had a variable cost of Rs69 per unit.

“The temperatures [in May] were five to seven degrees Celsius higher than usual,” he said, adding that the increased power generation was more expensive because of higher spot rates in March and April.

The Power Division sent a summary to the National Electric Power Regulatory Authority (Nepra) in June, following which hearings were held and the regulator granted approval to include fuel charges adjustment (FCA) in July, he explained. Consequently, the FCA was included in the bills for that month, he added.

The prime minister was very “worried” about the impact of the charges on small consumers, Ismail said. He added that the Power Division, after discussions, had informed the IMF the government would remove FCA on those using less than 200 units.

“The government will lose Rs20-21 billion from this. We have removed FCA on 56 per cent of consumers.”

The minister further said that those who had not paid their bills yet would be issued corrected ones while those who had paid them would have the amount adjusted in their bills for September. In addition, the government had changed the last date for paying bills to August 31, he said.

In response to a question, he said the government had not bought excess fuel to produce electricity and the demand in May had been high. “For every 1°C rise in temperature, we need 800MW of additional electricity.”

On Wednesday, Minister for Power Khurram Dastgir announced exemption from FCA for those consuming up to 200 units, claiming benefit to 17 million users at a cost of Rs22 billion to the national exchequer.

Last month, the Nepra allowed distribution companies to charge an additional Rs155bn to compensate for the higher fuel generation cost in June.

The authority allowed an unprecedented FCA of Rs11.37 to K-Electric and Rs9.89 per unit to electricity distribution companies previously owned by Wapda, or Discos.