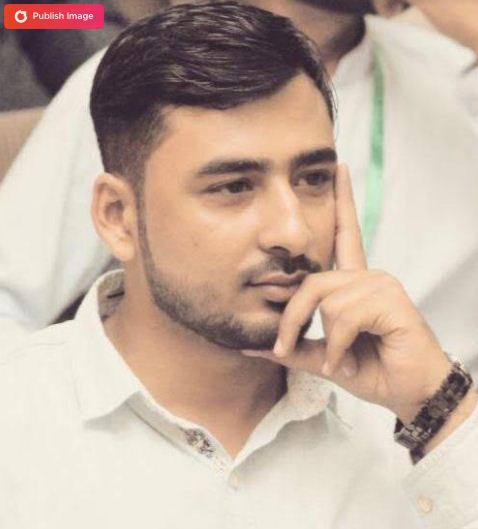 Human rights violations in India pose a threat not only to the future and the lives of millions of people in India, but also to the world due to the implementation of Hindutva policies by the BJP, the RSS (RashtriyaSwayamsevakSangh) and Indian Prime Minister NarendraModi. Peace is in danger the present regime of India is working on Hindutva under a regular plan. Citizens of every religion except Hindus are in a state of unconscious fear.

The situation has deteriorated to such an extent that despite being “Dear one”, India is facing a strong reaction from the United States. Recent days, US Secretary of State Antony Blinken has warned New Delhi not to “officially support human rights abuses”.

The Indian government is discriminating against the Muslim population. The United States has described the situation as “worrying”. Antony Blinken has called on India to follow democratic practices while trying to teach tolerance.

The world has adopted a double standard on human rights violations in India, even the United States does not take a proper stance on Indian aggression. Everyone in India except Hindus is being persecuted and this issue is not over, but new records of persecution and violence are being set in illegally Indian occupied Jammu and Kashmir. India is becoming a major terrorist financing country, but no FATF calls it anything. The lives of Kashmiris have been made difficult, efforts are being made to suppress them through oppression of children, rape of women and violence against elders but the world is silent.

There are millions of people in India who belong to religions other than Hinduism. These are the people whose elders believed in the promises of leaders like Mahatma Gandhi and Jawaharlal Nehru after partition and decided to stay in India only after partition. On the grounds that India would be a secular state, not a Hindu republic, and that every citizen would be treated with equal care. But the opposite happened when the BJP came to power. And increasing with each passing day.

In this regard, it should be noted that the Followers of the RSS are working to create a fanatical generation that despises everyone except Hindus. They are spreading their philosophy. When RSS, BJP, Vishwa Hindu Parishad, Shiv Sena and Bajrang Dal activists martyred the Babri Masjid on December 6, 1992, religious divisions intensified. BJP’s Lal Krishna Advani led the attack on the mosque.

The Indian judiciary in its judgment handed over the land of Babri Masjid to the Hindus to make Ram Hind a Ram temple in its place. And no one was punished for martyring the mosque. The SanghParivar (Collection of Hindu nationalist organizations) intensified its hate campaign and targeted the Muslim population.

In the 2014, Lok Sabha elections, SanghParivar activists mobilized voters on the basis of Hinduism and spread hatred against minorities. The campaign resulted in the success of the BJP and the appointment of NarendraModi as the Prime Minister of the country. Since, NarendraModi came to power in 2014, the expansionist ambitions and Hindutva thinking have not diminished but intensified. Even critics are called enemies of the country. Just eating beef is being persecuted. Oppressed people living below the poverty line are being blackmailed.

It is pertinent to mention here that, the names of Islamic figures and Muslim-era cities, squares, markets and institutions are being replaced by Hindu names. The historical background is witnessed, How the SanghParivar works to eradicate from the history books of the Muslim era.

Modi’s election slogan ‘Shining India’ has gone into the background. Now, it has become ‘Hindi, Hindu, and India, where only Hindus matter. Giraraj Singh, the BJP candidate from Bihar in the 2014 elections, said that those who did not vote for the BJP should go to Pakistan, which is enough to show a mirror to the claimants of a secular state. Many BJP leaders are taking steps against Muslims. They repeatedly advise Indian Muslims to go to Pakistan. BJP leaders blame Muslims in every issue. He urges Hindus to vote for the BJP if they want to eliminate Muslims. In this way, the world’s largest democracy is being run.

The world community has to understand, the first target of the fascist Modi regime is Muslims. It is not that they like people belonging to other religions. It is not like that at all. In fact, they want to eliminate Muslims first. They will target them under the new planning policy. International institutions should have to take notice in this regards. Don’t all these measures count as human rights violations? At the end, let the world remember that India is a very large country in terms of population and not only Muslims live there.

The Writer is a Freelance Columnist, he writes articles in Urdu and English language at Baaghi TV, Daily Islamabad post especially on IIOJK Affairs and other international Issues. He is pursuing a postgraduate degree in Criminology from UoS, Jamshoro. He can be reached at @MAkhter_