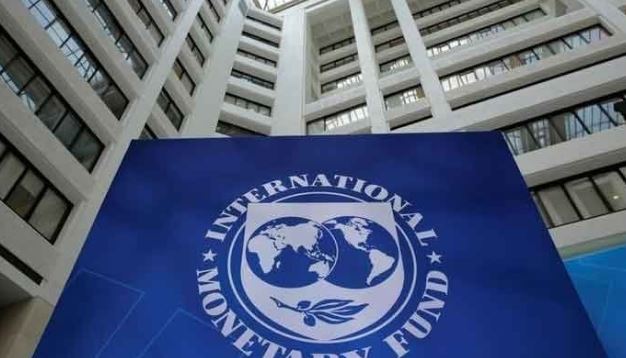 ISLAMABAD: Amid increasing fiscal slippages and external financing gap, Pakistan and the International Monetary Fund (IMF) are working out a revised macroeconomic and fiscal framework, whereby the budget deficit and primary deficit are projected to escalate massively against the envisaged targets.

The IMF is asking Pakistan to fetch an additional 1% of GDP revenues equivalent to Rs800 billion, keeping in view the shortfall on both tax and non-tax revenues as well as the hike in expenditure side, The News reported Sunday.

The budget deficit is projected to touch Rs4.750 trillion or close to 6% of GDP against the envisaged target of Rs3.79 trillion. The primary deficit is now assessed that it may touch a deficit of 2.8% of GDP, equivalent to Rs2.18 trillion against the sought target of a surplus of Rs152 billion or 0.2% of GDP.

“In the wake of massive fiscal slippages, the IMF is asking the government to come up with a mini-budget by taking additional measures to bridge the fiscal gap,” a top official source told a select group of reporters in Islamabad.

The macroeconomic framework will be revised downward as the GDP growth target might be slashed to 2% of GDP and inflation is projected to hover around 23%-25%.

The most important step is revising the downward fiscal framework whereby the tax and non-tax revenue targets will be re-adjusted. The Federal Board of Revenue (FBR) has been facing a shortfall and is projected to face a shortfall in the current fiscal year for achieving the target of Rs7.47 trillion.

The FBR’s shortfall is projected in the range of Rs400 to 500 billion rupees owing to import compression.

On the other hand, the non-tax revenue target will also be missed out as the major revenue shortfall will be seen on account of achieving a Petroleum Development Levy (PDL) of Rs855 billion.

The IMF assessed that the government could earn a maximum of Rs500 billion, so the expected shortfall will be Rs300 to Rs350 billion. The government has argued that they could take some steps as the SBP profit was jacked up from Rs300 billion to Rs371 billion.

On the external side, Pakistan requires dollar inflows in the range of $32 to $34 billion. The recent fall in remittances has caused alarm bells to ring among the dwellers of Q Block, so the government cannot show a lenient attitude towards this issue.

Pakistan and the IMF sides were continuously exchanging data and discussing issues through virtual meetings prior to holding review talks.

Ninth Review talks to be shorter

It was decided in Washington that the talks for the completion of 9th Review under the Extended Fund Facility (EFF) would be kept shorter in order to avoid speculations that occurred on the occasion of the completion of 7th and 8th reviews under the existing program.

The IMF has even raised the issue of managing $16 billion for reconstruction requirements in the aftermath of recent floods. The Pakistani side explained that the reconstruction expenditures would be done on a medium to long-term basis and would not be utilised in one year.

The IMF raised the issue of a fuel subsidy package for export-oriented industries and raised an objection that the subsidy amount would not be curtailed at Rs100 billion as sought by the government.

The money lender has assessed that the subsidy of electricity and gas would consume Rs200 billion.

The IMF also raised serious objections over the Kissan Package and inquired from where the financial resources would be generated to meet the yawning financial requirements.

The Ministry of Finance told the IMF that the impact of the Kissan package on the budget is estimated at around Rs18 billion for the current fiscal year.

The official asked why the government doled out Rs536 billion for export-oriented industry relief when in return there was hardly a $2 billion increase in exports.

This surge in exports occurred mainly because of a price increase, otherwise, in terms of quantity, Pakistan’s exports declined in the last fiscal year.