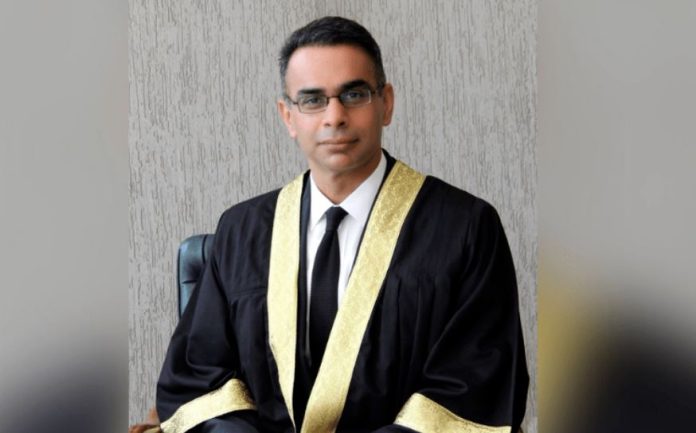 ISLAMABAD: A tweet can neither incite mutiny within the armed forces nor can create fear among the masses, the Islamabad High Court (IHC) said in an order on Saturday.

IHC Justice Babar Sattar also quashed the FIR against a citizen named Kashif Far­eed for allegedly ‘defa­ming the armed for­ces’ through a controversial tweet. The case was registered against Mr Fareed after he allegedly posted a tweet against COAS General Qamar Javed Bajwa and the army.

The FIR stated that the acc­used committed a crime under sections 500, 501 and 505 of the Pakistan Penal Code (PPC).

“It is inconceivable how the publication of a tweet from an insignificant Twitter account can cause or incite officers of the military to mutiny or otherwise disregard their duties,” Justice Sattar remarked.

He added that it was “equally inconceivable” how a tweet could cause fear or alarm among the public, prompting them to commit an offence against the state or people.

Justice Sattar also noted the Federal Investigation Agency (FIA) lacked the jurisdiction to take cognisance of any complaint registered under the Section 505 of the PPC.

Moreover, Section 500 deals with “printing an individual’s name in a matter known to be defamatory,” but the said tweet did not mention the name of any individual, he remarked.

“The petitioner denied ownership of Twitter handle adding,” the order said, adding that even if the said individual was the owner, the text in question could not be the basis to register an FIR under the said sections.

While calling the FIR “a breach of fundamental rights,” the order also said the action demonstrated “high-handedness” on part of the FIA.

Subsequently, the court quashed the FIR.