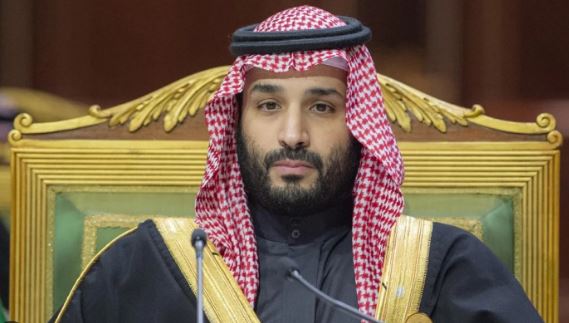 Some sources believe, Saudis would like Raheel Sharif to be the caretaker prime minister when the incumbent government announces date for the elections

ISLAMABAD: The Saudi Crown Prince and Prime Minister Muhammed bin Salman was due to visit Pakistan on November 21, 20022 in connection with his ‘visit Asia’ trip however the visit had been postponed. The Saudi Foreign Ministry has said the visit had been rescheduled and new dates shall be announced soon.

According to Pakistani officials, MBS wanted to visit Pakistan in peaceful times. The PTI long march had virtually brought everything to a standstill therefore he was advised to re-consider his visit since there was no point in visiting Islamabad when the political parties were at odds with one another.

Some sources believe, Saudi Arabian Crown Prince may wait till a new army chief is appointed. However some analysts believe that the appointment of the new army chief was delayed because the incumbent army chief General Qamar Javed Bajwa wanted to receive MBS, since both had excellent relations. Probably that was the reason that names for the new chief were not sent to the government.

Like others Saudis are also keenly watching the developments regards this top appointment. Traditionally and historically Saudis used to enjoy excellent working relations with all army chiefs. With political governments, they may have, some time, estranged relations but with the military leadership their relationship has always been cordial.

For example, during PTI government Saudi-Pakistan relations always remained tense. The situation became extremely difficult when Imran Khan decided to take part in a conference in Malaysia but later he had to reconsider his decision upon huge Saudi pressure. Saudi Arabia had considered that conference an attempt to establish an organization parallel to the OIC.

It was the time when Saudis decided to withdraw their support to Pakistan. Army Chief Qamar Javed Bajwa then jumped into the fray and helped normalize relations between the two brotherly countries. Another former army chief Raheel Sharif is still serving in Saudi Arabia, a post he was offered soon after his retirement. Some sources believe, Saudis would like Raheel Sharif to be the caretaker prime minister when the incumbent government announces date for the elections.