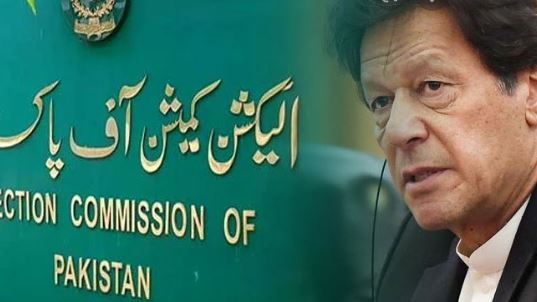 Sources privy to the development said, Imran Khan again expressed his
reservations on the ECP and reportedly warned the Election Commission of
Pakistan to refrain from becoming a ‘wing’ of a political party.

The former premier alleged that ECP is acting under the directions of a
political party which is unacceptable. The former prime minister tasked
Babar Awan to look after legal matters related to the ECP and directed
him to take legal and constitutional steps.

The meeting also discussed the upcoming by-polls on the 20 vacant seats
of the Punjab Assembly.

Addressing the Kissan Convention in Islamabad, the former prime minister
had said the ‘imported government’ is allegedly obeying orders from
Washington. He hoped that fresh elections will be announced in the
country soon as it is the only solution to the current turmoil.