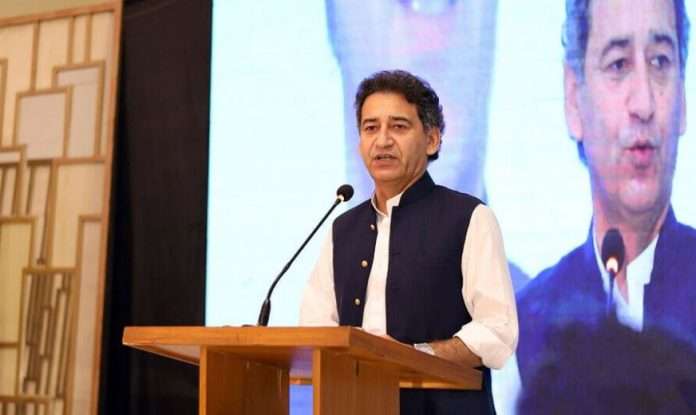 The banned Tehreek-e-Taliban (TTP) has allegedly sent a letter to Khyber Pakhtunkhwa Science and Technology Minister Atif Khan, demanding he pay Rs8 million within three days or prepare to get killed, it emerged on Wednesday.

The letter, which appears to from the TTP division in the area, a copy of which is available with Dawn.com, is addressed to the minister who hails from Mardan.

“You know who we are and what we want. We know you very closely and have all your data and records because you are on TTP Mardan’s wanted list and your turn has come,” the letter reads.

“Thus, you will have to either fulfil our demand to exit this list, or you will lose your life. Our demand is for Rs8m. We want an answer within three days.”

Talking to the media today, Khan confirmed that he had received the letter. “The way ransom [letters] come normally … some people have received them,” he said.

The minister said he had shared the letter with all security agencies and now the onus for taking action was on them.

KP government spokesperson Barrister Mohammad Ali Saif said an investigation would be conducted into the letter received by Khan and action would be taken in accordance with the law.

“The KP government will not tolerate extortion [demands]. Whoever receives such a letter or call should inform the police.

“Some criminals are carrying out these activities. The KP government will deal fully with them.”

Dawn.com has also reached out to the Counter Terrorism Department for comment.

The incident comes amid renewed concerns about increasing militancy and TTP’s resurgence in the country’s northern areas.

Weary residents of Swat and Shangla have been protesting for weeks demanding terrorists be reined in after a slew of attacks has left them jittery.

Last month, an anti-Taliban peace committee member was among eight people killed after the vehicle he was travelling in was hit by a suicide blast in Swat. Last week, unidentified gunmen opened fire on a school van, killing the driver dead and injuring two children in the same district.

Earlier this month, a Gilgit-Baltistan minister and several other travellers were trapped for several hours after militants blocked Babusar Road near Thak Village of Chilas.

Sources said GB minister Abaidullah Baig along with his son was on his way from Gilgit to Islamabad when militants, led by Mujahedeen Gilgit-Baltistan and Kohistan head Abdul Hameed, set up blockades on the road connecting GB with Khyber Pakhtunkhwa, leaving travellers on both sides stranded for many hours.

Political and religious leaders of Diamer along with district administration officials met the militants and held negotiations after the latter took the minister to a nearby building.

During the talks, the militants gave a 10-day ultimatum to the authorities to meet their demands.

After the negotiations, Babusar Road was reopened, allowing the trapped travellers to pass through the area.

On Tuesday, scores of residents took to the streets in Swat’s Matta tehsil against recent acts of terrorism.