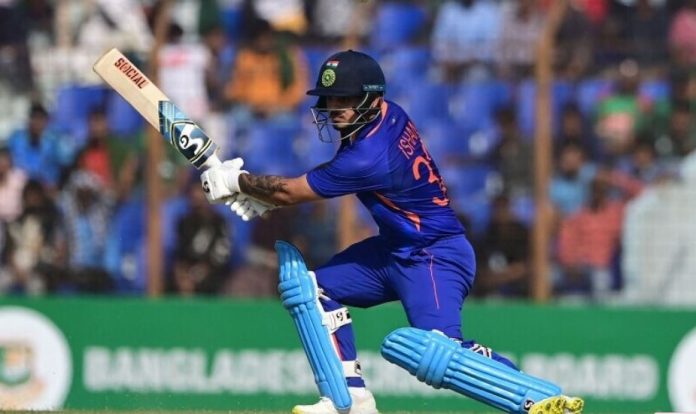 India’s Ishan Kishan smashed the quickest double century in men’s one-day international (ODI) cricket on Saturday in a consolation 227-run victory over Bangladesh in their third and final ODI on Saturday, having lost the first two.

Kishan, who was playing in the dead rubber only because India skipper Rohit Sharma had been sidelined through injury, raced to a double century in 126 balls to become only the seventh batsman to score 200 in ODIs.

Sharma has three 200-plus knocks in ODIs and holds the record of 264. Kishan eventually fell for 210 after blasting past his first century in this format.

The duo put on a massive 290 runs to power India to their fourth-highest ODI total of 409-8.

“When I got out, 15 overs were left. I could’ve scored 300 also,” the left-handed batsman said at the innings break.

He also thanked Kohli for guiding him throughout the knock.

“He was spot on with which bowlers I needed to target. He was calming me down when I was in my 90s.

“I wanted to bring it up with a six, but he said to get it in singles as it’s my first.”

Bangladesh, who went into the match with an unassailable 2-0 lead, were all out for 182 in 34 overs in reply, succumbing to their heaviest-ever ODI defeat by runs.

The sides will play two Tests later this month.