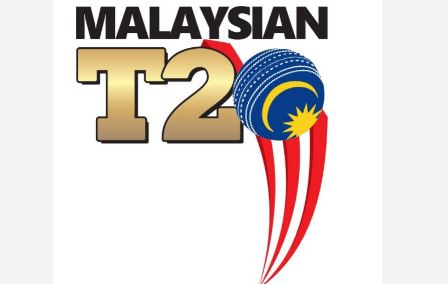 KUALA LUMPUR, Dec 10 (DNA): In a major step to boost the popularity of cricket in South Asian countries, the IPG Group is coming up with the Malaysian T20 league in June-July in 2023.

After the rousing success of the three editions of the Lanka Premier League, the IPG Group has another big mission on its mind and will start a T20 league in Malaysia with the aim to take cricket in the country to new heights.

A total of five teams will take part in the Malaysian T20 League with four Malaysian players playing in the starting XI. IPG Group has signed a long term agreement with Malaysian Cricket Association on an exclusive basis by which all rights- Linear TV, Digital, Operations, Marketing and Commercials rest with the IPG group.

Malaysian Cricket Association is  an associate member of ICC and the league will be a huge opportunity for the cricket players in the nation to play with some of the best cricketing talents in the world.

“We are really excited to start a T20 league in Malaysia. In the recently concluded T20 World Cup, we saw the potential of associate nations as they caused many upsets against top teams and our aim is to take the Malaysian cricket team to those heights. We believe that a T20 league like this can unearth some of the best cricketing talents in the country and help strengthen the Malaysian cricket team,” said Mr Anil Mohan, Founder and CEO of IPG, the official promoter of LPL.

He added, “A lot of top cricketers in the world will come to Malaysia to play in the upcoming Malaysian T20 league and it will a great opportunity for the local players to learn from them. We want to bring Malaysian players together with some of the highly skilful players in world cricket. They can learn about different aspects of the game from them which will eventually take cricket in this country to new heights.”

Malaysia are currently ranked 28th in the ICC Men’s T20I Team Rankings and will look to climb up the ladder by finding some of the best talents in the country with the help of the Malaysian T20 league. The president of the Malaysian Cricket Association, Mr Mohammed Iqbal Ali bin Kassim Ali lauded IPG Group for bringing the league to his nation.

“The Malaysian Cricket Association appreciates the IPG Group’s vision and willingness to host their T20 league in Kuala Lumpur, Malaysia. IPG Group has successfully delivered many leagues in different countries including the Lanka Premier League and we are confident the Malaysian T20 league will be a huge success as well,” commented, Mr Mohammed Iqbal Ali bin Kassim Ali.

“At MCA we constantly work hard to raise the standard of our cricket, I am sure that Malaysian T20 league will help our players to increase their skills level in order to compete with the higher tier teams in the world of cricket. The tournament will be a great boost to cricket in Malaysia and we hope it will be a significant step on the journey as we reach new heights in the future,” he concluded. DNA