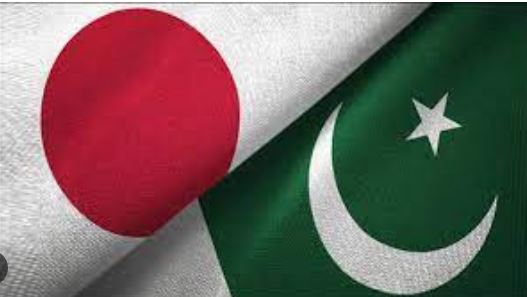 LAHORE, DEC 11: Japan, Pakistan Economic & Cultural Association (JPECA) has been established to facilitate the business and cultural activities between Japan and Pakistan, also having the objective of bringing both countries’ business leaders, social organizations, chambers of commerce, and industrial associations on a united platform.

The two countries’ new joint association, in a ceremony held here today, announced its office-bearers, appointing Takeo Kawamura and Mirza Asif Baig as Co-Chairman while Ijaz A. Khokhar and Jawwad A. Chaudhary were nominated as Vice-Chairman and Senior Coordinator respectively.

JPECA Co-Chairman Mirza Asif Baig, while addressing the ceremony, observed that our key endeavor and thrust is on easing barriers for Pakistani businesses in Japan, as we seek a flourishing and prosperous Pakistan with sustained economic growth ensured through effective and continued policies.

Mirza Asif Baig said that the JPECA’s mission is to provide the best platform for two countries’ public-private sector dialogue on the role and needs of business in achieving inclusive, resilient and sustainable development. The Association has already held its launching ceremony in Japan, where it attracted participants from business, government, academia and civil society from Japan as well as Pakistan.

Mirza Asif Baigh briefed the audience about this Association, which is registered and incorporated in Japan, aiming to strengthen the social and economic values between Japan and Pakistan. He said that JPECA would collaborate to develop a framework of cooperation and undertake actions aimed at strengthening bilateral trade and cultural activities between Pakistan and Japan.

JPECA Vice Chairman Ijaz A. Khokhar, who is also the PRGMEA former chairman, addressing the ceremony, said that  JPECA has recently signed a MoU with PRGMEA to open new avenues for Pakistan value-added apparel industry for liaison with Japan buyers and other leading brands.

Ijaz A. Khokhar said that the JPECA has been formed with a view to cover a wide range of activities for collaboration between Japan and Pakistan such as exchange of information on trade and culture, co-hosting seminars, exhibitions and business delegations, and advocating for enabling business environment and creating soft image among each other countries.

JPECA Vice Chairman said the promotion of mutual trade and investment between two countries was needed to ensure the synergy between the two countries is strengthened. He said that the new organization would be emerged as the leading voice of the private sector through a sustained public policy advocacy, stakeholder engagement, trade and cultural promotion activities both locally and internationally.

Ijaz Khokhar said that this Association would address major issues being faced by the industry of Pakistan and bring those issues to limelight, including compliance, gender training and exchange of delegation.

“ JPECA will pursue the goal of promoting cooperation between Pakistan and Japan cultural societies to realize common development of both countries,” he added.

Our aim is to find how we get SMEs introduced in Japanese market, by promoting Pakistan’s soft image there, he said and added that at the first stage we are planning to take a high powered delegation to visit Japan to interact with the business community of Japan where we would visit Different Chambers.

“We will also invite Japanese counterparts to Pakistan so that we could show them manufacturing of different products in our factories. We will also expand the JPECA activities to the other parts of country. JPECA also plans to start a membership campaign of different product manufacturers produced in Pakistan while its Japan side will provide us the list of items being imported in Japan from different countries which will give an idea to Pakistani manufacturers to focus these items for exports to japan. Our ultimate goal is to get extraordinary concession which japan is already offering to our regional competitors like India and Bangladesh.