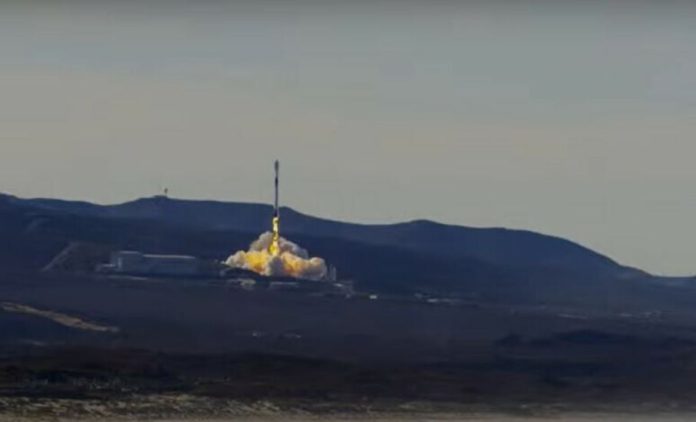 TOKYO: A Japanese startup’s spacecraft was launched to the moon on Sunday in the country’s first-ever lunar mission and the first of its kind by a private company.

The launch was carried out by Elon Musk’s SpaceX in Cape Canaveral in the US state of Florida after two postponements for additional pre-flight checks.

The spacecraft, produced by Tokyo-based startup ispace, blasted off aboard a Falcon 9 rocket at 2:38am, live footage of the launch showed.

“Our first mission will lay the groundwork for unleashing the moon’s potential and transforming it into a robust and vibrant economic system,” the startup’s chief executive officer, Takeshi Hakamada, said in a statement.

So far only the United States, Russia and China have managed to put a robot on the lunar surface.

The ispace mission is the first of a programme called Hakuto-R, which means “white rabbit” in Japanese.

The company said its lunar lander was expected to touch down on the visible side of the Moon in April 2023 — the year of the rabbit in Japan.

Measuring just over two by 2.5 meters, the spacecraft has a payload that includes a 10-kilogram rover built by the United Arab Emirates.

The Gulf country is a newcomer to the space race but recently sent a probe into Mars’ orbit last year. If the rover, named Rashid, successfully lands, it will be the Arab world’s first moon mission.

Hakuto was one of five finalists in Google’s Lunar XPrize competition to land a rover on the moon before a 2018 deadline, which ended without a winner.

The ispace lunar lander is also carrying two robots produced by Japan’s space agency and a disc with the song “SORATO” by Japanese rock band Sakanaction, which was originally written in support of the Google competition.

Israeli organisation SpaceIL, another finalist in the contest, failed in April 2019 to become the first privately-funded mission to land on the moon, after its lander crashed into the surface while attempting to land.

ispace, which has just 200 employees, has said it “aims to extend the sphere of human life into space and create a sustainable world by providing high-frequency, low-cost transportation services to the moon”.